According to the CBI, ex-Air Chief S.P. Tyagi agreed to reduce specification for VVIP helicopters to let Agusta-Westland qualify for the bids. 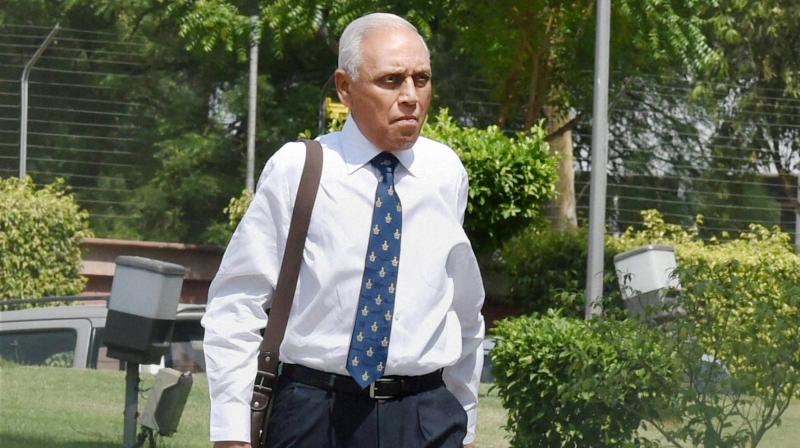 New Delhi: The CBI on Friday filed a chargesheet against former IAF chief S.P. Tyagi and eight others over corruption  in the Rs 3,500 crore AgustaWestland helicopter deal.

In its 30,000-page chargesheet, the CBI named the 72-year-old former IAF Chief, the then Vice-Air Chief, J.S. Gujaral, Mr Tyagi’s cousin Julie Tyagi and Delhi-based lawyer Gautam Khaitan in connection with allegations of `450 crore bribery in the deal.

The CBI has alleged that there was an estimated loss of Euros 398.21 million (approximately Rs 2,666 crore) to the exchequer in the deal that was signed on February 8, 2010, for the supply of 12 VVIP helicopters worth Euros 556.262 million.

The CBI told the court that it has been able to establish money trail worth Euro 62 million (Rs 415.40 crore) from countries like Mauritius, Singapore, the UAE, Tunisia, the UK and the British Virgin Islands. The bribe money was brought to India through shell companies linked to Mr Khaitan.

Mr Tyagi, who retired in 2007, is the first IAF chief to be chargesheeted in a criminal case by the CBI. The agency has also named five foreign nationals as accused in its chargesheet, filed before Special CBI Judge Arvind Kumar here.

The foreign nationals who have been named in the chargesheet are alleged European middlemen Carlo Gerosa, Michel James and Guido Haschke, former CEO of helicopter-maker AgustaWestland Bruno Spagnolini and former Finmeccanica technology group’s chairman Giuseppe Orsi. The accused have been chargesheeted for offences under the Prevention of Corruption Act and the IPC.

Mr Tyagi, his cousin Sanjeev and Mr Khaitan were arrested on December 9 last year. They all are currently out on bail.

The court fixed September 6 to peruse the chargesheet in which the Anglo-Italian company, AgustaWestland, is also one of the accused. The agency is likely to file more documents on the next date of hearing.

The agency had earlier alleged that during his tenure as Air Chief, Mr Tyagi, and with his approval, the Air Force, agreed to reduce the service ceiling, or the maximum height at which a helicopter can perform normally for VVIP helicopters from 6,000 meters to 4,500 meters.