Bofors back to haunt Congress 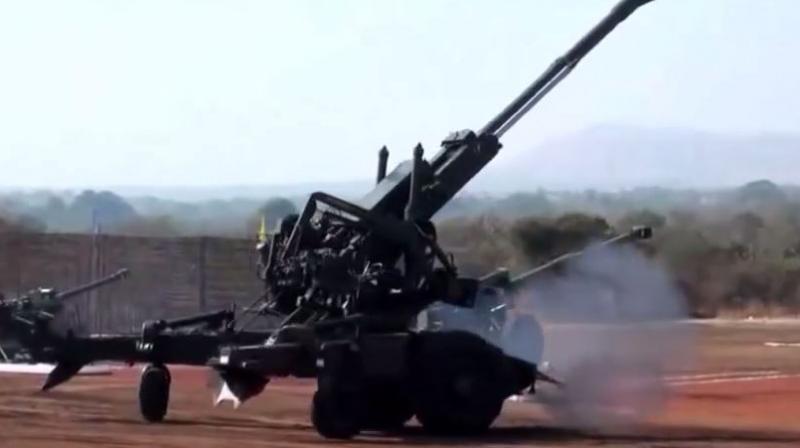 The petitioner said that there was ample evidence with the CBI that kickbacks were paid in the Bofors gun deal. (Photo: YouTube screengrab)

New Delhi: The ghost of Bofors kickback case is set to haunt the Congress once again.

The Supreme Court on Friday posted for final hearing in the last week of October a petition challenging the quashing of charges against the three UK-based Hinduja brothers in the Rs 64 crore alleged pay off case related to purchase of Bofors Howitzer artillery guns by the Congress government in the 1980s. The court’s decision comes within days of demands in Parliament by ruling BJP

MPs for reopening the probe into the kickback scandal after media reports quoted Swedish chief investigator Sten Lindstrom suggesting alleged bribery in the deal at the top level.

A bench headed by Chief Justice Dipak Misra agreed with the submissions of petitioner Ajay Agarwal for early listing of the appeal pending for over a decade and told him that it will be taken up in the last week of October.

The Delhi high court had, on May 31, 2005, quashed all charges against the Hinduja brothers — Srichand, Gopichand and Prakashchand — brothers and criticised the CBI for its handling of the case, saying it had cost the exchequer `250 crore. The CBI did not file an appeal against the high court’s decision within the stipulated period of 90 days.

In another decision, the high court had, on February 4, 2004, exonerated late Prime Minister Rajiv Gandhi in the case and directed framing of charge of forgery under Section 465 of IPC against the Bofors company.

Mr Agarwal, quoting media reports, submitted that the Union law ministry had not given clearance to the CBI for challenging the high court’s decision to quash charges against the Hinduja brothers.

The petitioner filed the PIL in the apex court in 2005 and the court ordered notice to the Hinduja brothers and Sweden’s  Bofors company.

Mr Agarwal wrote a letter to the Enforcement Directorate on July 28, 2017, claiming that the alleged crimes were committed continuously until 2006, when two bank accounts in London, held by Italian businessman Ottavio Quattrocchi, who was accused as being one of the middlemen in the Bofors deal, were defrozen.

The petitioner said that there was ample evidence with the CBI that kickbacks were paid in the Bofors gun deal.

Mr Agarwal said that the quashing of the charges in the Bofors case had given rise to corruption in other defence deals.