The commandos have also been deployed for peacekeeping, sanitisation operations, and frisking and searching. 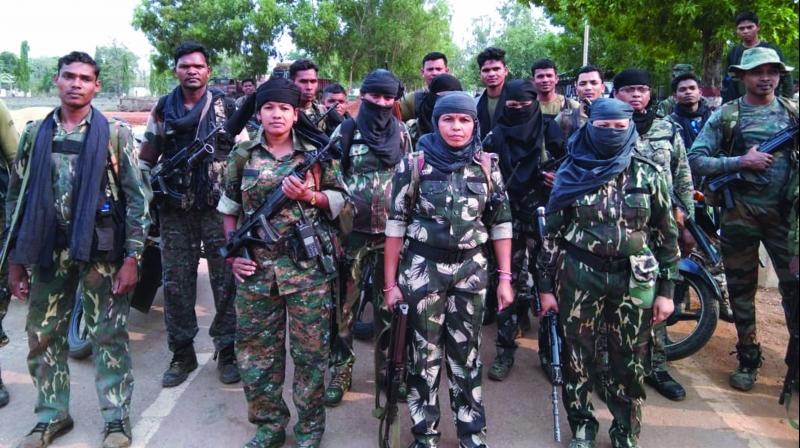 Dantewada: In the jungles of Leftwing extremism-hit Bastar in Chhattisgarh, a new chapter is being scripted in counterinsurgency with some young tribal women, once ruthless rebels, dumping Maoist guns to wield police weapons, reversing their role from being a killer to protector.

Skilled in guerrilla warfare and handling modern weapons such as Insas, SLR and AK 47 automatic assault rifles, the tribal women commandos being familiar with local terrains and dialects, have gradually been emerging as game changer in the decades-long battle against Leftwing extremism by security forces in Bastar.

“The tribal women commandos have often taken Maoist guerrillas off guard, giving them an edge over the rebels in the encounters. They have taken part in search operations more than 20 times in the last couple of months. They have been deployed in combing operations every third day,” Dantewada district superintendent of police (SP) Abhishek Pallav who is also a medico, told this newspaper.

Half of the 30-member female DRG team has surrendered Naxals, victims of Maoist violence, including the widows of security personnel slain in encounters with ultras, and spouses of jawans.

They have undergone 45-day training in guerrilla warfare and handling different kinds of weapons, including modern firearms in the Jungle Warfare College, run by the Chhattisgarh government to impart its police force skills of counterinsurgency in north Bastar district of Kanker in the state, before their deployment in the red zone.

“The tribal women commandos are as ruthless and fierce as their male counterparts of DRG in the battle field,” in-charge of the female DRG team and deputy superintendent of police (DSP) Dineswari Nand told this newspaper while sharing a few of their exploits during encounters.

In their debut in combat role, the tribal commandos gunned down two Naxals and arrested a woman cadre in an encounter with Maoists in Ganderas forest in the border of Dantewada-Sukma districts in south Bastar on May 15 this year, giving a new dimension to counterinsurgency in the conflict zone.

Many in the team have a traumatic past of losing their near and dear ones in Naxal violence, which have steeled their determination to be a ferocious combatant in the battlefield.

“I have made it a point that my gun alone will speak when I have a face-off with Naxals,” said one of the commandos in the team, Madhu Podium, whose husband, a policeman, was killed in an encounter with Maoists.

Basanti Ursa, another commando, was secretary of National Park Area Committee of outlawed CPI (Maoist) functioning in south Bastar district of Bijapur, before surrendering to police in 2012. She had gained reputation as one of deadly Maoists in Bastar who held Naxal fort of Bijapur jungles for quite a long time.

She had raised a banner of revolt against the local Maoist leadership and decided to surrender before police when her father, a local sarpanch, and her uncle were brutally killed by the rebels for undertaking development of the region defying their diktats.

Bhansi, another surrendered Maoist-turned DRG commando, bade farewell to her Naxal life in 2014 to join the mainstream.

“It was the most terrible part of my life (as a Maoist). I was not allowed to meet my family members. I have lost prime years of my life which cannot be made up now, but I can prevent other tribal girls from walking into the trap of Maoists, either by coercion or wittingly, in my current role as a jawan,” she said.

“A perceptible change has been noticed in ground level following deployment of women DRG team. The tribal women commandos have been winning trust of local tribal women, thus wooing them away from Maoists.

“More importantly, they have generated a new hope among woman Naxal cadres, who constituted 50 per cent of Maoist strength in Bastar, that a good life awaits them if they joined the mainstream. This has led to spurt in surrender of women Maoists in the region,” Ms Nand said.

No wonder, half-a-dozen  women Naxals have surrendered in the last two months in the region of deployment of the women DRG team in Dantewada district. The deployment of female DRG team has also been able to counter Maoist propaganda of sexual assault on tribal women by jawans, Mr Pallav pointed out.