Junior defence minister Subhash Bhamre furnished the numbers in a written reply in the Rajya Sabha on Tuesday. 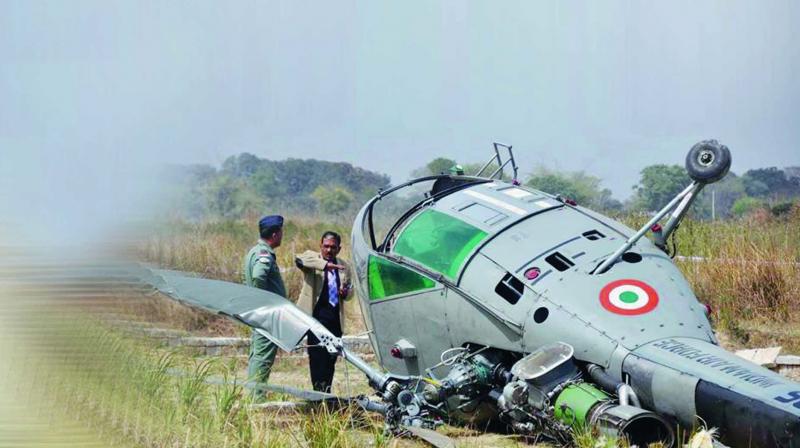 The world’s fourth largest Air Force in terms of personnel and aircraft, the IAF operates in an air space spanning more than 40 million cubic km.

New Delhi: Reeling under a critical shortage of about 500 fighter aircraft and 1,000 helicopters, the IAF just cannot afford to lose its flying machines. Yet in the in the past 40 months from 2014 to July 2017, it has lost nine pilots, 24 aircraft and four helicopters.

Junior defence minister Subhash Bhamre furnished the numbers in a written reply in the Rajya Sabha on Tuesday.

The aircraft that crashed include four of India’s state-of-the-art frontline multi-role Sukhoi fighters with the last crash taking place on May 23 in the Assam-Arunachal Pradesh border. The last IAF chopper crash also took place in Arunachal Pradesh on July 4.

The world’s fourth largest Air Force in terms of personnel and aircraft, the IAF operates in an air space spanning more than 40 million cubic km. At present, it operates a fleet of about 33 fighter squadrons.

Last year, a parliamentary panel was baffled at the consistently high rate of IAF crashes after the defence ministry’s submission that during 2007-2015, a total of 83 accidents had taken place.

The committee also expressed its concern over the fact that the rate of accidents had not come down even after 53 inquiry committees had submitted their reports on the air mishaps. The panel concluded that in most of the accidents, the cause was either human error or technical defect. “It is evident that there is either lacuna in training that is being imparted to our pilots and support officials or the systems installed are technically ill-equipped In both the cases, the onus lies on the senior level management”.

The IAF had taken disciplinary action against 14 personnel and administrative action at various levels against 87 personnel for the air crashes that took place in the period from 2006 to 2016.