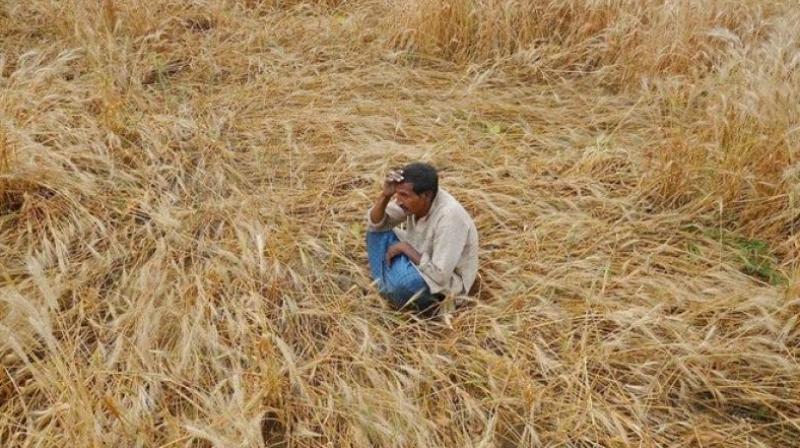 : The Chhattisgarh government on Tuesday informed the state legislative Assembly that 111 farmers have committed suicide during the last one-and-half years in the state.

In a written reply to a question of Congress MLA Mohan Markam, Chhattisgarh Revenue Minister Premprakash Pandey said, "111 farmers have committed suicide across Chhattisgarh between 2016 and June 30, 2017."

The reply further said, family disputes, excess liquor consumption, frustrated over ailments and unknown reasons were the reasons behind the suicide.

As per the minister's reply, 51 farmers have committed suicide in Balodabazar district during the period followed by Kabeerdham (22), Durg (13), Bemetara (9) and Rajnandgaon (6).

Two farmers have ended their lives each in and Kanker districts and three at Mahasamund while one each at Dhamtari, Balod and Raigarh during this period, it added.

Of them, kin of the six farmers were provided financial assistance by the government under different schemes, it said.