Locals claim that construction work for the building started in 2007 but the structure remains without a roof. 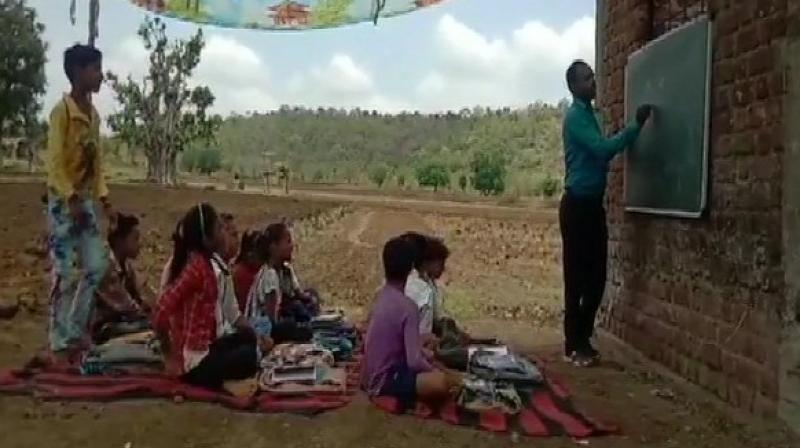 Dewas Collector Shrikant Pandey rubbished the claims made by the locals and assured that they will carry out repair work immediately. (Photo: ANI)

Dewas: At a government school in Dokar Kheda village, which is 90 kilometres away from Dewas, students are forced to study under a makeshift tent, even in summers, as they do not have a proper building.

Students from class 6 to 8 are forced to attend classes with the blazing sun above their heads.

Locals claim that construction work for the building started in 2007, but due to the "lackadaisical approach" of the authorities, the structure remains without a roof.

They also claimed that the sarpanch did not release the funds received from the government for the construction of the building.

"The sarpanch is no more under which this project was started. Not only that, Minister Vikram Singh was jailed for a few days for the incompletion of the building. There are a total of 59 students studying under the tent and 2 permanent and one guest teacher," a local told ANI.

"We had also approached the education minister Deepak Joshi, but he did not make any efforts to resolve the issue. We also called on the public helpline number but so far the matter has not been resolved," said another local.

However, Dewas Collector Shrikant Pandey rubbished the claims made by the locals and assured that they will carry out repair work immediately.

"If there is any inconvenience being faced by students of government schools, an immediate inquiry will be done and steps will be taken accordingly," he said.