The envoys deliberated upon the country's foreign policy priorities, including the role of India's soft power in achieving its objectives. 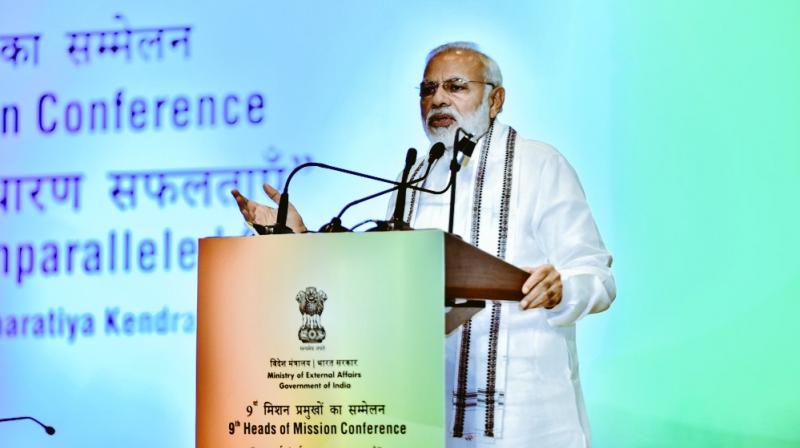 PM Modi addressed envoys on last day of the three-day conference during which the country's foreign policy priorities were deliberated upon. (Photo: Twitter | @MEAIndia)

New Delhi: India can play a major role in the present "unstable world" to achieve global peace and prosperity, Prime Minister Narendra Modi on Monday told the country's heads of missions in foreign countries at a conference in New Delhi.

The prime minister addressed the envoys on the last day of the three-day conference during which the country's foreign policy priorities were deliberated upon.

Swaraj, ministers of state for external affairs VK Singh and MJ Akbar, senior officials, and heads of missions were present at the event. The envoys had on Sunday deliberated upon the country's foreign policy priorities, including the role of India's soft power in achieving its objectives. President Ram Nath Kovind has also met the envoys at the Rashtrapati Bhavan.

The President had told them that the litmus test of India's engagement with the external world is what it is able to do to propel domestic growth and development.