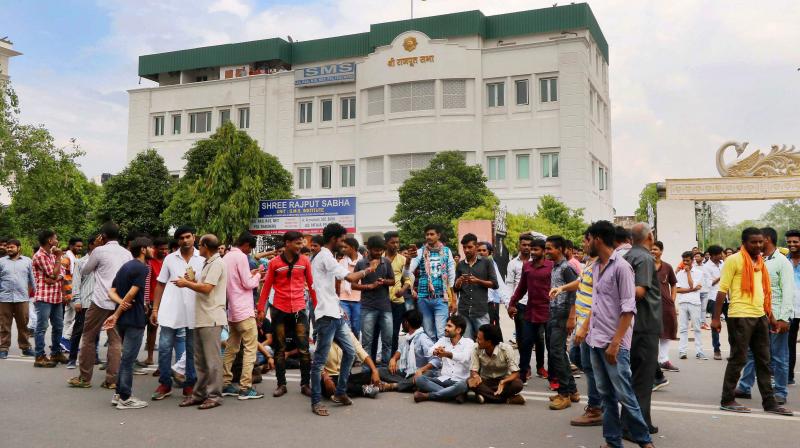 Jaipur: In his life and even after his death, perhaps the most notorious gangster till date in Rajasthan, Anandpal Singh, continues to influence the state’s politics. From the day he escaped police custody in ‘filmy style’ 21 months ago till his encounter a week ago, he was source of embarrassment for the Vasundhara Raje government; now that he is dead, the BJP government is at the receiving end of angry protests from the Rajput community — its most trusted and loyal vote bank.

While he was alive, the Opposition used his escape to highlight the BJP government’s failure on law and order front. A couple of ministers in the Raje government were accused of protecting him. Such was the frustration of home minister Gulab Chand Kataria from repeated queries about Anandpal Singh that once in annoyance he said, “Anandpal ke baare mai baar baar jawab dete dete kai baar mujhe aisa lagta hai ki mai khud hi Anandpal ho gaya hoon (Having subjected to repeated queries about Anandpal, sometimes I feel I myself have become Anandpal).”

One can only sympathise with him as when Anandpal escaped police custody, minister Yunus Khan broke the news to the CM during a meeting, but when he was killed the CM woke up home minister Kataria to break the news to him. 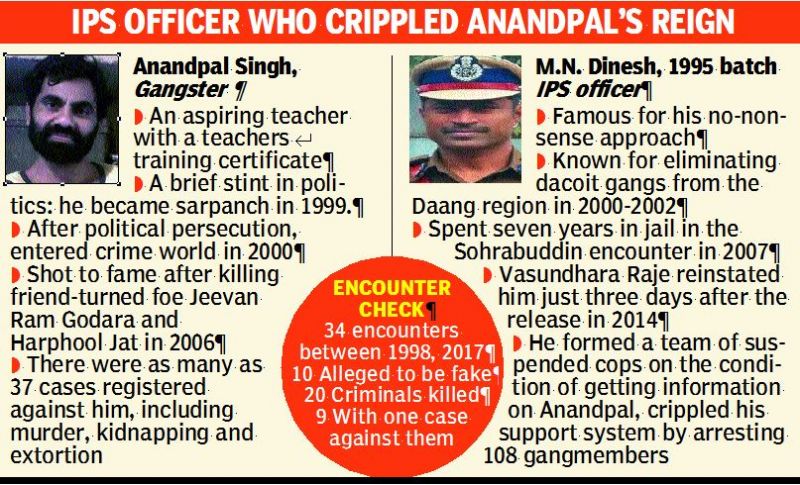 Still, Anandpal’s death in police encounter silenced Mr Kataria’s critics and the Opposition but revived the ghost of “fake” encounter and the allegations of “trigger happy” government from her previous tenure.

For a week, Anandpal’s family didn’t accept his body, demanding a CBI inquiry alleging the police deliberately killed him even when he was ready to surrender. A large section of the Rajput community rallied behind their demand and organised protest march, bandhs and resorted to violence.

A delegation of the community led by Anandpal’s lawyer A.P. Singh met home minister Rajnath Singh for a CBI probe. The fact that Mr Singh met them indicates how politically crucial the issue is for the BJP. This is the second time after the Rajmahal Palace controversy with erstwhile royal family of Jaipur that the Rajputs are on the street against the BJP government. There are allegations that Anandpal was killed to save the BJP blushes for alleged links with some of its leaders.

The efforts to whip up caste sentiments may not work as some victims of Anandpal were Rajputs, and their families have questioned those trying to portray it as part of traditional Jat-Rajput tussle. “Where was the Rajput community when he killed my husband and several other Rajputs?” asked Mamta Kanwar, the wife of Himmat Singh Rajput, who was killed soon after their marriage. She touched the raw nerve of her community by claiming to be ‘real Rajput’ while calling Anandpal “Ravna Rajput”, not considered equal by the Rajput community.

Not surprisingly, the Congress, which was quick to make Dara’s encounter an issue and even ordered a CBI probe after coming to power, is mum on Anandpal’s encounter.