While Kumar, the joint opposition candidate, will arrive in Hyderabad on Monday, Kovind's visit is scheduled for Tuesday. 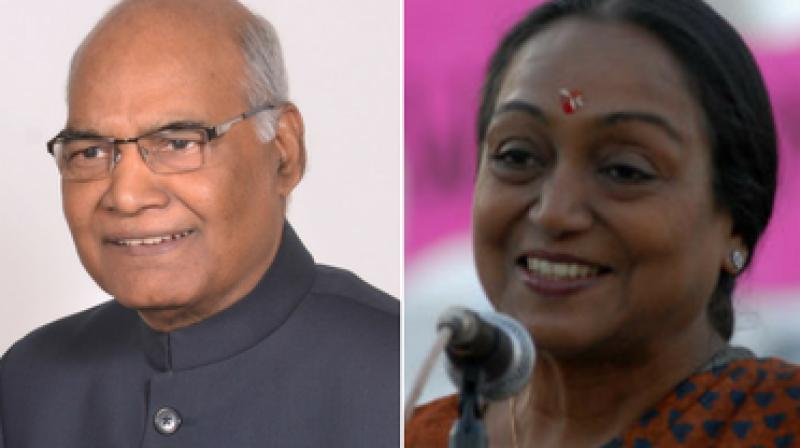 Hyderabad: NDA's presidential nominee Ram Nath Kovind and his rival Meira Kumar would visit Hyderabad this week to drum up support for their candidature from legislators in Telangana for the July 17 polls.

While Kumar, the joint opposition candidate, will arrive in Hyderabad on Monday, Kovind's visit is scheduled for Tuesday. During her day-long visit, Kumar will meet Congress leaders at Gandhi Bhavan, Telangana Congress headquarters, followed by a media conference, according to her schedule released by the party.

The former Lok Sabha Speaker would garland a statue of her late father Jagjivan Ram and interact with MPs, MLAs and MLCs, Left party leaders, senior journalists and intellectuals.

After their nomination last month, Kumar and Kovind have been visiting various states as part of their respective campaigns for the top constitutional post.

Kovind, on the other hand, would visit Hyderabad on July 4, Telangana BJP spokesperson Krishna Sagar Rao said on Sunday.

During the day-long visit, he is expected to meet MPs and MLAs of the ruling TRS, opposition BJP and Telangana TDP. While the TDP is a constituent of the NDA, the TRS has announced support for Kovind's candidature.