New Delhi: Carmakers Maruti Suzuki, Toyota Kirloskar, BMW and JLR on Saturday slashed prices on their models due to decrease in taxes under GST.

India’s largest car manufacturer, Maruti Suzuki India (MSI) announced a cut of up to 3 per cent on most of its vehicles except for diesel versions of sedan Ciaz and MPV Ertiga with mild hybrid technology.

Owing to withdrawal of tax concessions on mild hybrid vehicles, the price of Smart Hybrid Ciaz Diesel and Smart Hybrid Ertiga Diesel has increased by around Rs 1 lakh. 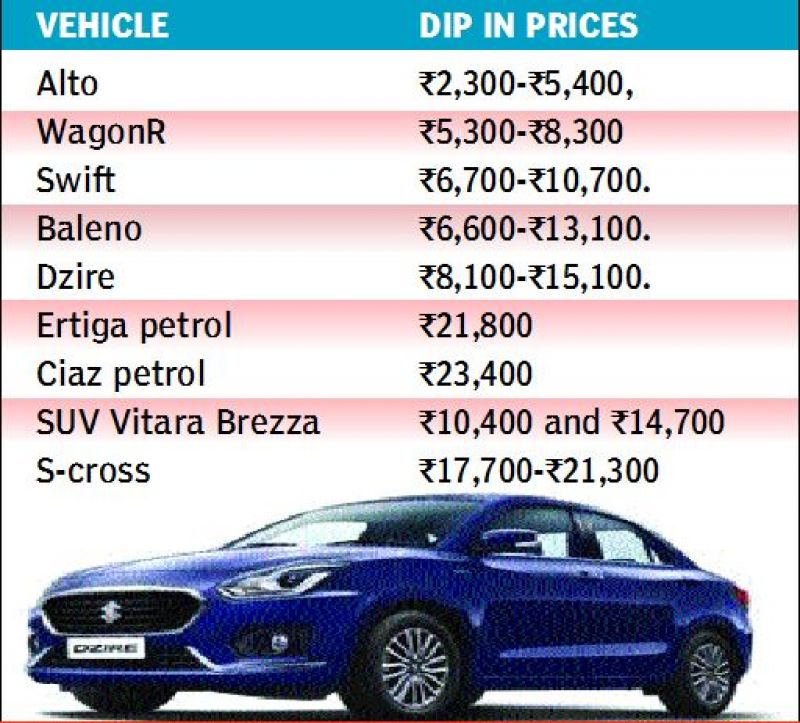 Price of Platinum Etios has been cut by Rs 24,500 and Etios Liva by up to Rs 10,500. However, Toyota hiked the prices of hybrid variants Camry and Prius by over Rs 3.5 lakh in Bengaluru and up to Rs 5.24 lakhs in Delhi as per applicable tax under GST. Luxury carmaker Jaguar Land Rover India also slashed prices of its car by up to 7 per cent. It slashed price of Jaguar XE and XF by Rs 2.61 lakh, Jaguar XJ by `5 lakh and Discover Sport (5+2 swats) Rs 4 lakh.

German luxury car maker BMW has also cut prices of its models, ranging from Rs 70,000 on base end version of X1 to Rs 1.8 lakh on the top end of its sedan 7 series. However, the company’s hybrid model i8 will witness a hike of Rs 4.8 lakh to Rs 2.28 crore. Last month, Mercedes-Benz and Audi had announced passing on the GST benefit to customers.