Shah took charge two days after he was sworn-in following a landslide victory of the BJP-led NDA. 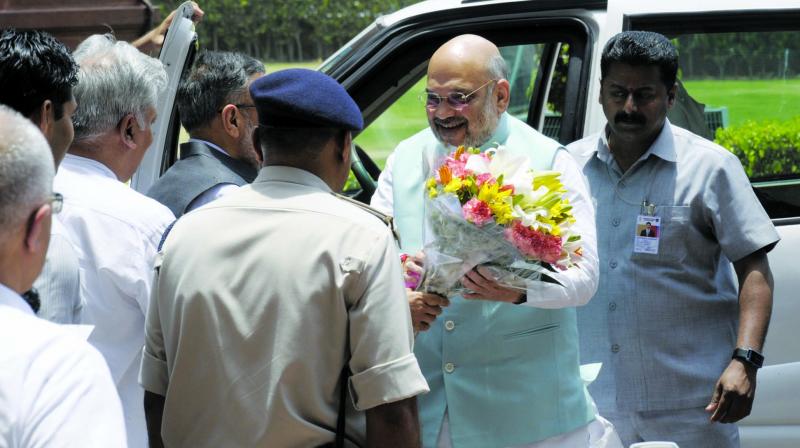 New Delhi: Union home minister Amit Shah on Saturday said country’s security and welfare of the people are the key priorities of the Modi government.

Mr Shah, who assumed the charge of the sensitive ministry on Saturday, also said he would try his best to implement all these priorities.

“Country’s security and people’s welfare are the Modi government’s priorities. Under the leadership of Modi, I will try my best to fulfil all these priorities,” he tweeted after assuming the char-ge. Mr Shah also thanked Prime Minister Narendra Modi for bestowing the responsibility of the sensitive ministry.

“Today, I have taken charge as India’s Home Minister. I am thankful to Prime Minister Narendra Modi for reposing faith in me,” he said.

Mr Shah took charge two days after he was sworn-in following a landslide victory of the BJP-led NDA.