Nilagiri is 107 km away from Manohapur in Mayurbhanj district where the Staines were killed. 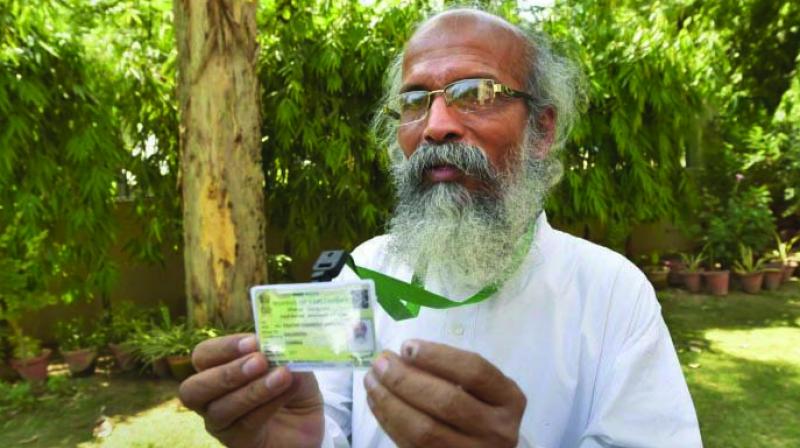 Bhubaneswar: For the past couple of days, a section of media, national and international, has tried to portray Pratap Sarangi, the BJP MP from Balasore and new Union minister of state micro, small and medium enterprises, as an accused grilled during Justice D.P. Wadhwa Commission probe into the  triple murder case of Australian missionary Graham Stewart Stains and his two minor sons on March 22 night in 1999. However, the fact remains that Mr Sarangi was examined by the commission as a witness to put forth his views on the incident.

Mr Sarangi, then state-coordinator of Odisha unit of Bajrang Dal, deposed (testified or presented evidence under oath) before the Wadhwa Commission as Witness Number 50.

During examination by public prosecution which among others included some top lawyers of Supreme Court, Mr Sarangi who is fluent in Hindi, English, Sanskrit and a few other Indian languages, said Rabindra Kumar Pal alias Dara Singh was not a member of Bajarang Dal as claimed by the prosecution.

The Commission, in its report  said, “He (Pratap Sarangi) is the State Co-ordinator of the Bajrang Dal for Orissa (now Odisha).  According to his affidavit, Dara Singh is not a member of the Bajrang Dal.  He condemns the killing and states that conversions and reconversions are not on the agenda of the Bajrang Dal.  No counsel present and participating in the proceedings put any question to him on the question of the membership of Dara Singh with the Bajrang Dal.” The Commission on Page No 237 finds that the act of murdering Graham Stewart Staines and his two children was inspired by Dara Singh and his clout and no authority, organisation or any other person played any role in or in connection with the killings. There is no evidence that any authority or organisation was behind the gruesome killings. Graham Stewart Staines and his two minor sons – Timothy and Philip – were burnt alive by Dara Singh and his aides on the night on January 22 when they were taking rest in a station wagon.

According to prosecution, Dara Singh who is now in jail, executed the crime with his aides as he strongly opposed the conversion of local Hindus into Christianity alleged by Graham Stewart Staines.

Nilagiri is 107 km away from Manohapur in Mayurbhanj district where the Staines were killed.

As per Election Watch and ADR reports, Mr Sarangi has four charges related to criminal intimidation, two charges related to promoting enmity between different groups on grounds of religion, race, place of birth, residence and language, one charge related to mischief by destroying or moving a land- mark fixed by public authority, mischief by fire or explosive substance with intent to cause damage to amount of one hundred or (in case of agricultural produce) ten rupees ; three charges related to acts done by several persons in furtherance of common intention, three charges related to Obscene acts and songs. These cases were registered after he entered into active politics in 2002.