India   All India  02 Jun 2019  Cleanliness drive on Mahananda River in Siliguri ahead of World Environment Day
India, All India

World Environment Day is celebrated on the 5th of June each year to raise awareness and improve actions towards protecting the environment. 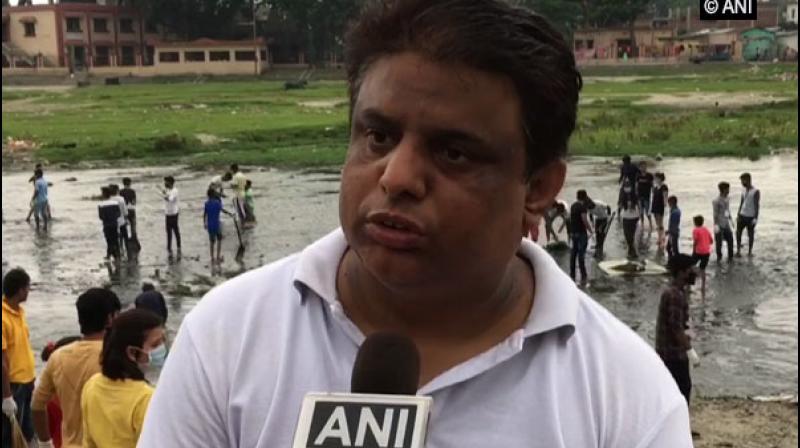 Siliguri: Ahead of World Environment Day, a massive cleanliness drive on Mahananda River was conducted by various Non-Governmental Organisations (NGOs) and youth of Siliguri on Sunday.

Arunangsu Sharma, the organiser of Mahananda Bachao Abhiyan, told ANI, "It is very unfortunate to see water bodies getting contaminated day-by-day. While we were cleaning the Mahananda River, we got to see plastic waste materials, carcasses of animals and other materials sediment in the river. The residents aren't aware of the repercussions this can bring to their lives if they consume water from these rivers."

He said, "It is also a matter of shame for the people who are staying here when tourists come to visit Siliguri, which is considered as one of the major tourist attractions in the state. The condition of the river was so appalling and that's why we started campaigns and initiatives to clean the Mahananda River."

"It's been more than 10 days that we are cleaning the river and its banks. Many people from various NGOs across the district joined us voluntarily. It is because of the collective effort that helped this mission to accomplish its goal," he added.

Urging authorities to look into the issues pertaining to the conservation of rivers in the state, he said, "We have been listening to Mahananda action plan which was introduced by the government in order to protect the river. So far, we haven't seen any progress. We urge the authorities to step forward and take adequate steps needed at this point."

Jeva Parvin, a volunteer, said, "It is our moral responsibility to keep rivers clean as the condition of the water bodies is worsening day-by-day. We have decided to volunteer because it will take much time if it is being done by the authorities as they have to follow various procedures before carrying out such a cleaning drive like this."

World Environment Day is celebrated on the 5th of June each year to raise awareness and improve actions towards protecting the environment.