When Loknath Raju, a local youth and social worker involved in blood donation campaign came to know about it, he contacted Shaqir. 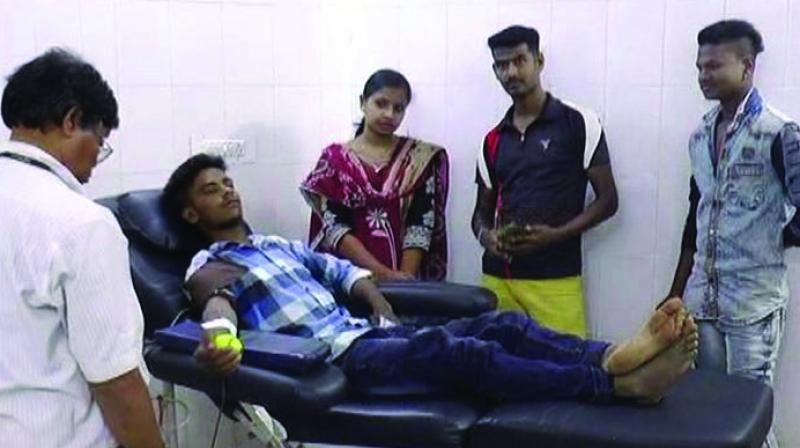 Phulbani: Sheikh Shaqir, a resident of Peonpada in Odisha’s  Phulbani town, has proved that brotherhood and humanity comes above all anything else. He broke his Roza (fast) to save a pregnant woman who was in need of blood.

According to sources, Anjali Mallick, a woman hailing Dagupadar under Tikabali block in Kandhamal district was admitted to Phulbani hospital three days ago after she complained of labour pain. The doctors said that Anjali was in urgent need of blood transfusion due to hemoglobin deficiency. However, since the woman had AB+ blood group, one of the rarest, it was becoming increasingly difficult for her husband to arrange blood.

When Loknath Raju, a local youth and social worker involved in blood donation campaign came to know about it, he contacted Shaqir.

“Without any second thought, Shaqir donated blood, thereby taking food and breaking his fast in the holy month of Ramadan. He is so large-hearted that he said he would first donate blood and then inform his parents,” said Loknath.

Parents of Shaqir praised their son for his exemplary service, the social worker said.  “When I came to know the woman was running from pillar to post to arrange of AB+blood, I instantly agreed to donate blood. I’m happy that I could be a part an effort to save life of a woman,” the 23-year-old Shaqir said.