Jayant is the party vice-president and it is a matter of time before he takes on the mantle of party chief. 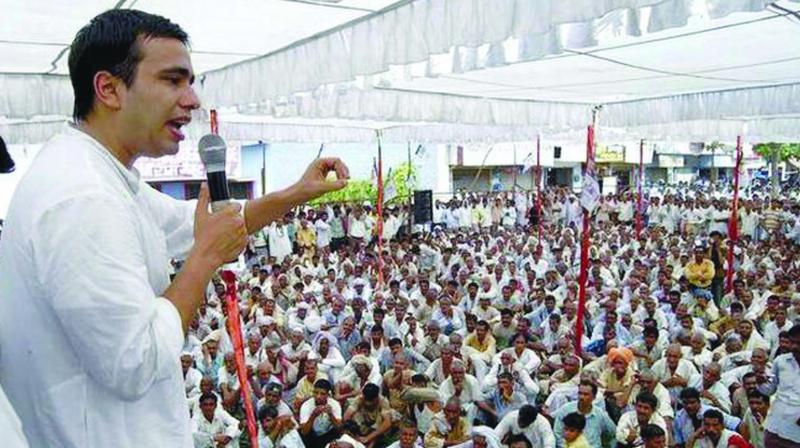 Jayant Chaudhary, former MP and son of Rashtriya Lok Dal president Chaudhary Ajit Singh, is single-handedly responsible for bringing his party back into reckoning ahead of 2019 polls and, more importantly, defeating the BJP in its own bastion in Kairana.

Lucknow: It is the quietest possible emergence of a son on the political horizon of Uttar Pradesh.There was no on-stage drama to gain control of the party, no formal announcements of the heir apparent and not even a formal press conference to announce the change.

Jayant Chaudhary, 39, former MP and son of Rashtriya Lok Dal president Chaudhary Ajit Singh, is the new sun who is shining brightest after his party’s stupendous victory in Kairana by-elections.

He is the party vice-president and it is a matter of time before he takes on the mantle of party chief.

The normally reticent is single-handedly responsible for bringing his party back into reckoning ahead of the 2019 Lok Sabha elections and, more importantly, defeating the BJP in its own bastion.

In the run-up to the bypoll, Jayant Chaudhary approached Samajwadi Party president Akhilesh Yadav and in a three-hour meeting convinced him to support the RLD in Kairana. He built bridges with the BSP, the Congress, the AAP and even smaller parties like the Mahaan Dal and the Nishad Party to create a rainbow coalition.

Even as Akhilesh Yadav and BSP chief Mayawati stayed away from the Kairana campaign, Jayant Chaudhary continued to move ahead and managed the campaign and got the RLD its first MP in the 16th Lok Sabha in the shape of Tabassum Hasan.

If party sources are to be believed, Jayant Chaudhary had taken it upon himself to resurrect the party after it faced a rout in the 2014 Lok Sabha elections that were held barely months after the Muzaffarnagar riots. The riots created a divide between Jats and Muslims and worked to the BJP’s benefit.

“Jayantji held chaupals and attended khap meetings in almost every village in western Uttar Pradesh districts. He talked about Chaudhary Charan Singh's ideology and urged people not to become pawns in the hands of divisive forces. He worked tirelessly to regain the lost base of the party and did not make any noise about his efforts,” says party's national spokesman Anil Dubey. 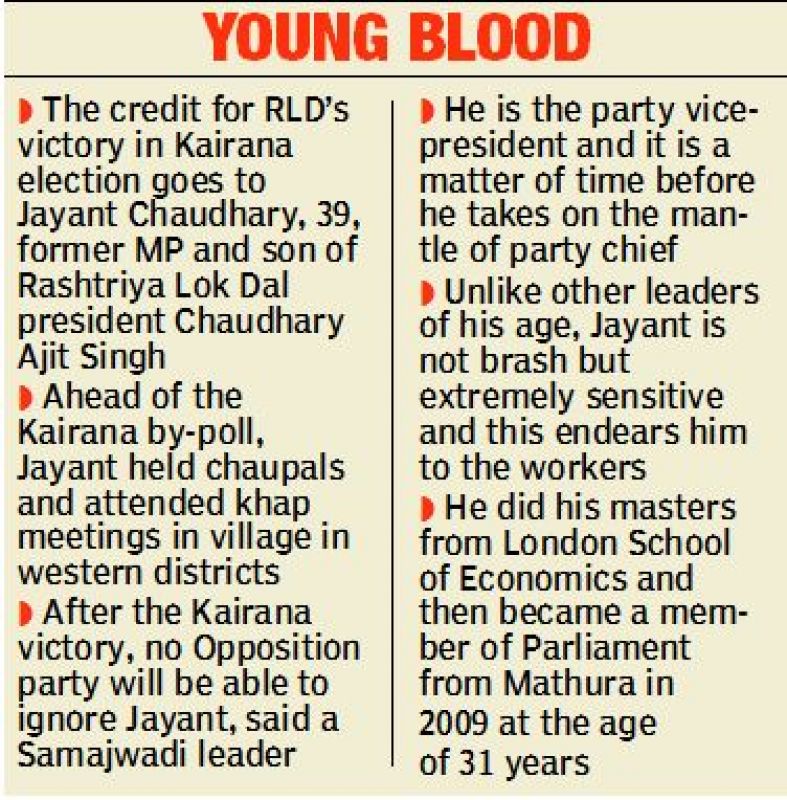 “Ajit Singh is getting on in years and he is guiding Jayant who has just cleared his biggest examination in Kairana which is like a chess board of caste equations. Jayant navigated through the Jat-Gujjar divide, dalit-Rajput divide and Jat-Saini divide among Hindus and the Gujjar-Sheikh divide among Muslims. He balanced these equations and the result is before us,” said a RLD leader.

Party workers also admit that it is now Jayant Chaudhary who takes all crucial and key decisions in the organization, though he continues to consult his father.

Sources say that Jayant Chaudhary is already in command of the party and the Kairana victory has earned him immense respect from party men.

“The best thing about him is that he remains a learner and listener. If you tell him anything, he listens patiently and even asks questions. Unlike other leaders of his age, he is not brash but extremely sensitive and this endears him to the workers,” said an RLD worker in Muzaffarnagar.

Jayant Chaudhary did his masters from London School of Economics and became member of Parliament from Mathura at the age of 31 in 2009.

A former RLD leader, who has now joined the Samajwadi Party, said on condition of anonymity, that, "After the Kairana victory, no Opposition party will be able to ignore Jayant Chaudhary. He has come into his own and it will be interesting to see RLD's growth in the coming years. He is sure to emerge as a youth icon in politics and will take his grandfather's party to new heights.”