All schools are closed for summer vacation and will reopen on July 1. 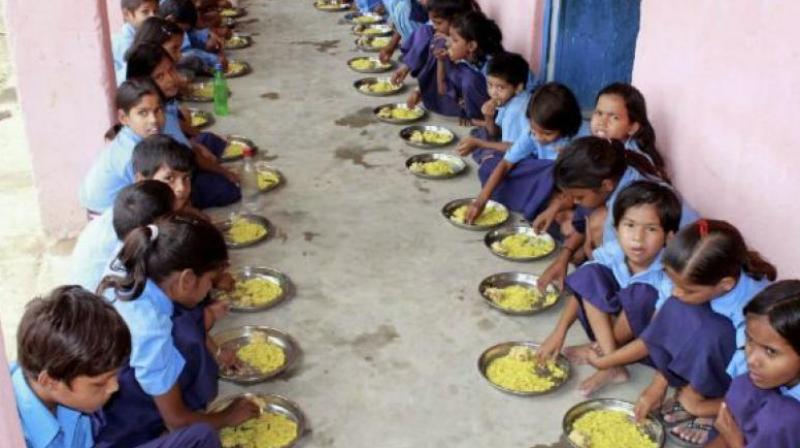 Lucknow: The Yogi Adityanath government in Uttar Pradesh has made it clear that students who do not have Aadhaar cards will not be entitled to midday meals from July 1.

A letter written by director of basic education, Sarvendra Vikarn Singh, to all primary education officers clearly states, “The government has directed the basic education officers in all districts to ensure that every beneficiary of midday meals gets an Aadhaar card so that the scheme is not affected. If Aadhaar cards for all beneficiaries of midday meals are not made and their numbers not submitted to the state government, then students without such cards will not be able to benefit from the different schemes of the government.”

At present, the Aadhaar enrolment of students in primary schools is extremely low and despite the government’s efforts, camp for Aadhaar cards have not been set up yet.

A senior official in the basic education department said that according to a rough estimate, only 15 to 20 per cent students have Aadhaar cards. All schools are closed for summer vacation and will reopen on July 1.

It may be recalled that it was the Union human resources development ministry that decided to link Aadhaar cards to midday meal three months ago. The idea was to weed out “ghost” students who did not exist but were shown as beneficiaries of the scheme.

Officials feel that if midday meal is denied to students when schools reopen on July 1, there may be a sudden dropout from schools.

“Majority of the children, especially in rural and semi-urban areas, come to school for the midday meal. If that facility is stopped, many of them will simply stop coming t school,” said an official.