Everything was going on well until his father Sabatan Jhodia, a farmer, died. He then thought if he could peruse his education. 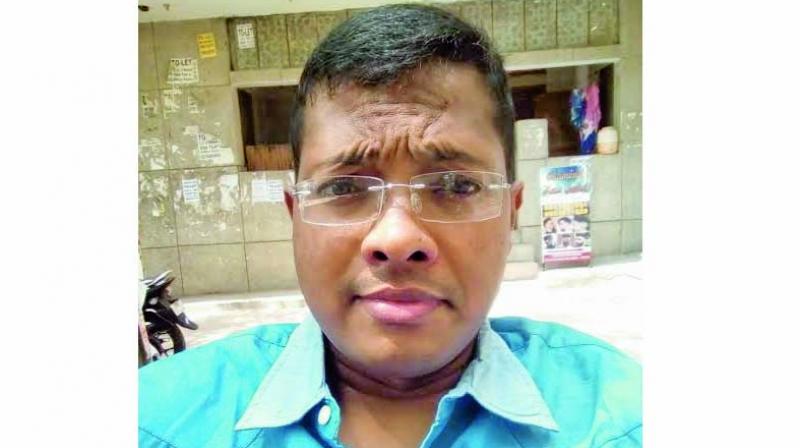 Fulfilling the aspirations of his well-wisher Krushna Chandra Mohapatra, he cleared the IIT entrance examinations and got admitted to IIT, Dhanbad.

Rayagada (Odisha): A tribal youth of Odisha, born to a poor, illiterate parents in an inaccessible hilly terrain of Odisha, has successfully cracked the Indian Civil Services examinations 2017.

While family members of Mr Jhodia expressed happiness over his achievement, residents in the locality said the youth has brought fame to Kashipur. Sunanda had his primary education at his Badamari Bhatta village school which did not have required number of teachers. After passing Class V examination from the village school, he got into Jawahar Navodaya Vidyalaya at Sunabeda in Koraput district.

Everything was going on well until his father Sabatan Jhodia, a farmer, died. He then thought if he could peruse his education. However, due to inspiration by his mother, relatives and a well-wisher named Krushna Chandra Mohapatra, he continued his studies.

Fulfilling the aspirations of his well-wisher Krushna Chandra Mohapatra, he cleared the IIT entrance examinations and got admitted to IIT, Dhanbad.

“All along I thought to become an IAS officer to serve my tribal brothers and sisters who have remained poor for decades. No significant changes have taken place in their life because of lack of focus on proper project implementation,” Mr Jhodia told this newspaper from New Delhi.

“I give the credit to my mother, teachers and acquaintance Krushna Chandra for the success,” he added.

Sunanda’s mother Sambari, who met his son’ expenses by selling forest produces, still does not what her son has achieved. All that she knows now is that her son will be a collector.

“Yes, I hear people saying to me that my son has passed an examination. He will now be a collector,” she said, adding, she sustained her son by feeding her mango kernel  gruel and other forest produces.