Sources said Kumar also sees himself as a potential prime ministerial face and is seeking more responsibility in the Opposition alliance. 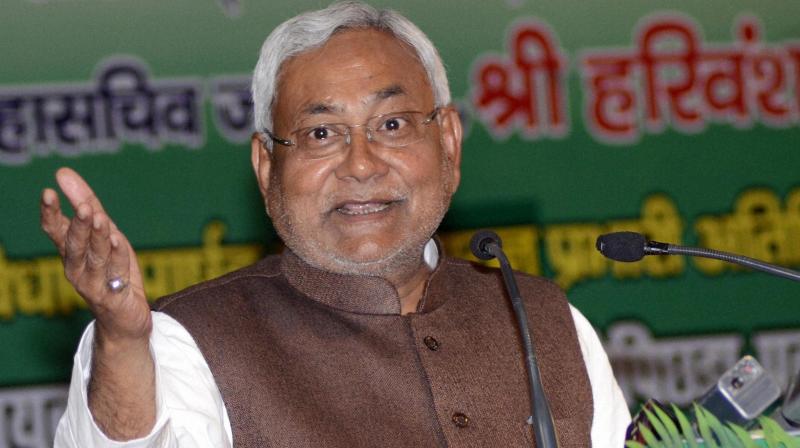 New Delhi: A silent power game appears to be on in the Opposition camp. Both, Maratha strongman Sharad Pawar and JD(U) president Nitish Kumar, seem to be eyeing the coveted post of coordinator of a UPA-type coalition that is being contemplated to take on the BJP ahead of the 2019 general election. The key is that the leader taking over as coordinator for such a platform will be seen as the main face of the Opposition and a possible prime ministerial candidate of the alliance.

Mr Pawar, who is one of the seniormost leaders of the Opposition, was urged to be the Opposition presidential candidate by none other than Congress president Sonia Gandhi. However, he quietly turned down the offer. While Congress sources said Mr Pawar doesn’t want to be a losing candidate in the presidential polls, which the NDA is expected to win, a few other top leaders who have spoken to him about the issue sense he is eyeing the leadership or post of  coordinator of the Opposition camp if and when it is formally announced.

A senior leader, who has been party to the deliberations, said Mr Pawar doesn’t want to give up the opportunity of leading an Opposition front and sees the presidency as an end to his political career.

However, sources said top Opposition leaders, including the Congress president, were still trying to convince him. The key is that is Mr Pawar agrees to contest, he will get the crucial support of the Shiv Sena, an NDA ally. The Sena had earlier voted for Pratibha Patil despite being a part of the NDA on the grounds of regional solidarity.

Even Union minister Ramdas Athalawale, Republican Party leader from Maharashtra, has said he will support Mr Pawar if he contested for the post of President.

Sources said Mr Kumar also sees himself as a potential prime ministerial face and is seeking more responsibility in the Opposition alliance. The JD(U) chief had skipped the grand Opposition lunch called by Mrs Gandhi on May 26 and instead sent senior leader Sharad Yadav. But the very next day he attended a luncheon hosted by Prime Minister Narendra Modi in honour of the visting Mauritius Prime Minister.

Mr Kumar had, however, denied that this was aimed at sending any signals to the BJP and said he had already met Mrs Gandhi on May 20. The Bihar CM will also be attending the birthday celebrations of DMK patriarch M. Karunanidhi in Chennai on June 3, which is being seen as another attempt to showcase Opposition unity.