A complaint was lodged against him after he failed to justify his academic abilities. 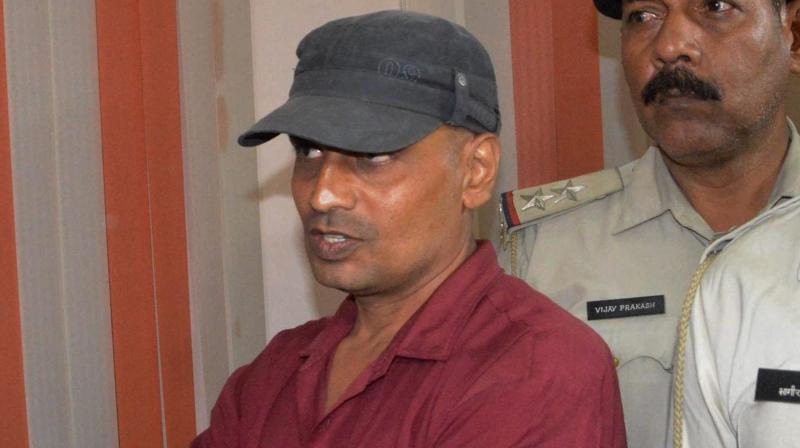 Bihar board 'topper' Ganesh Kumar being arrested after the Bihar School Examination Board (BSEB) cancelled his result, in Patna. (Photo: AP)

Patna: A year after Bihar state board ClassXII Arts topper Ruby Rai was arrested, Patna police today nabbed this year's topper in the stream, Ganesh Kumar, on charge of forgery of documents.

He was arrested from the Bihar School Examination Board office on a complaint filed by the board alleging that he took the examination on forged documents, Patna Senior Superintendent of Police, Manu Maharaj, told PTI tonight.

BSEB Chairman, Anand Kishore said Kumar was called at the office for questioning after reports of him submitting forged documents. He was handed over to the police after it was found that his documents were not in order.

The state's board examination result and its toppers were mired in controversies last years too. After the last year's results were announced, Class XII topper Ruby Rai hit the headlines when she said she had studied 'prodigal science'-- rather than political science -- and that the subject was about cooking. A whopping 64 per cent of students have failed to clear the board exams this year.

Several science stream students told the media they appeared in JEE Advance, conducted for admission into IITs, but scored as low as 1, 2 or 4 in subjects like physics and maths in the board exams.