India   All India  02 May 2020  Lockdown extended to May 17 but you can start breathing now
India, All India

Lockdown extended to May 17 but you can start breathing now

Country split into green, orange and red zones; restrictions will vary for each zone; crowding is prohibited 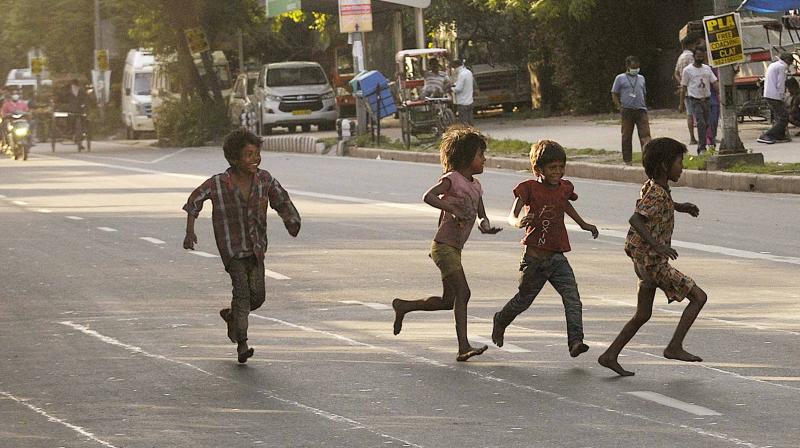 Children enjoy themselves on a traffic-free road in New Delhi. The central government announced several relaxations, beginning May 4, in the nationwide lockdown, which has been extended to May 15. (AA Photo: Pritam Bandyopadhyay)

New Delhi: The central government on Friday announced that the nationwide lockdown, which was to end on May 3, is being extended for two weeks, till May 17. This would take the total number of days of shutdown to 54.

The third extension to the all-India lockdown, which has been in place since March 24, begins on May 4.

For the two-week extension, the country has been split into three zones — Red (hotspots), Orange and Green Zones — with separate relaxations and restri-ctions for each depending on the number of coronavirus cases they have.

As part of the revised guidelines, some activities will remain completely prohibited, such as travel by air, rail, metro and inter-state movement by road except those specifically permitted; running of schools, colleges, and other educational and training/coaching institutions; hospitality services, including hotels and restaurants; places of large public gatherings, such as cinema halls, malls, gymnasiums, sports complexes etc; social, political, cultural and other kinds of gatherings; and, religious places/places of worship.

In the Red Zones, containment zones will be demarcated where certain activities are prohibited, like plying of cycle and autorickshaws, running of taxis and cab aggregators, intra-district and inter-district plying of buses, barber shops, spas and saloons. In the Red Zones, movement of individuals and vehicles is allowed only for permitted activities, with a maximum of two persons (besides the driver) in four-wheelers, and no pillion rider in the case of two-wheelers.

All standalone shops, neighbourhood shops and shops in residential complexes are permitted to open in urban areas, without any distinction of essential and non-essential goods or services.

All goods traffic is permitted and no state/UT shall stop the movement of cargo for cross land-border trade, which is essential for maintaining the supply chain of goods and services across the country during the lockdown period.

In all zones, persons above 65 years of age, those with co-morbidities, pregnant women, and children below the age of 10 shall stay at home, except for meeting essential requirements and for health purposes.

Out-patient departments (OPDs) in hospitals and medical clinics are permitted to operate in all all zones with social distancing norms and other safety precautions, however, these will not be permitted within containment zones.