She further stated that the nation should come out and help them. 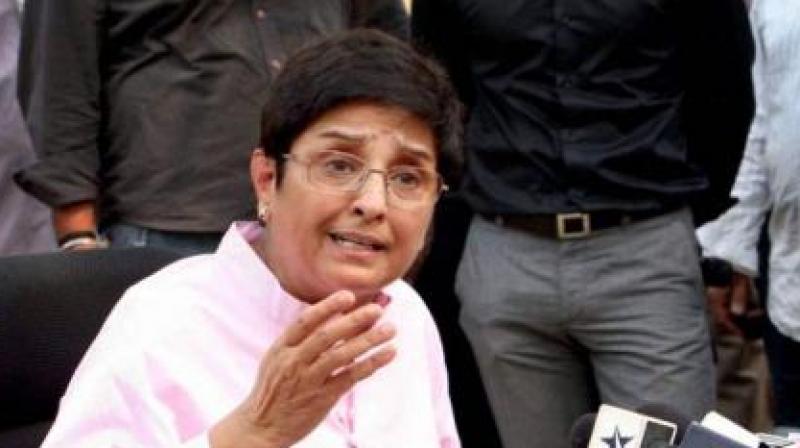 Bedi stated that she has full faith in the government and that they will tackle the situation. (Photo: PTI)

New Delhi: Condemning Pakistan's move of mutilating bodies of two Indian soldiers, who were killed in a ceasefire violation in Jammu and Kashmir's Krishna Ghati sector, Puducherry Lieutenant Governor Kiran Bedi on Tuesday asserted that martyred soldiers family should be adopted by the nation for social and moral support.

"In this situation when we are at war, the families of the martyred soldiers become the family of the nation. With the government's support, these families should be adopted by the nation for social and moral support, which we are ready to offer. I would want to tell them that, they are not alone," said Bedi.

Further giving confidence to the martyred soldiers' family, Bedi stated that the nation should come out in support and help them. "I have full faith in the government they know how to take action and tackle each situation," said Bedi.

Two defence personnel were killed on Monday, as Pakistan violated ceasefire by opening fire on Border Security Force (BSF) posts in Jammu and Kashmir's Krishna Ghati sector. In a barbaric act, their bodies were later mutilated by the Pakistan Army.

The Union Home Minister also directed the officials to tighten the government's grip over Jammu and Kashmir unrest.