India   All India  02 May 2017  Either prove charges or apologise: T'gana govt to Digvijaya's ISIS remark
India, All India

The government also warned of action "as per the law" against the senior Congress leader if he failed to apologise. 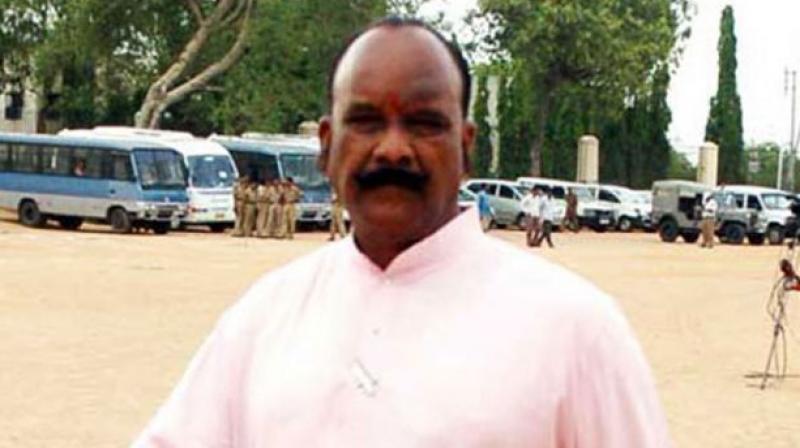 Hyderabad: The Telangana government on Tuesday asked AICC General Secretary Digvijaya Singh to either prove his allegation that the state police has set up a "bogus" ISIS website to radicalise Muslim youth or tender an apology.

The government also warned of action "as per the law" against the senior Congress leader if he failed to apologise.

"The Telangana Police is widely appreciated (for its professional competence). He (Digvijaya) has made a false allegation that we created something, induced Muslim children and did something. He must prove it," state Home Minister Nayani Narasimha Reddy told reporters.

"If he fails to prove it, he has to openly apologise to the police department. If he does not do that also, then action will be taken against him as per the law," he said.

"The state government would take action against him as per the law if he fails to apologise," Reddy said.

MLA from Jubilee Hills in Hyderabad, M Gopinath, has already complained to the police on the matter, Reddy said.

"Would the police motivate them and make them extremists?" he asked.

"It is unfortunate that Singh, who served as the chief minister of Madhya Pradesh and now oversees party affairs in two states, made such irresponsible comments," the minister said.

Reddy recalled that Singh had made some (undesirable) comments on the Army as well.

Singh, in-charge of Congress affairs in Telangana and Andhra Pradesh, kicked up a row yesterday with his remarks that the Telangana Police has set up a "bogus" ISIS website to radicalise Muslim youth and encourage them to join the terrorist outfit.