In the exchange of fire, three militants were killed, the official said, adding their identity and group affiliation was being ascertained 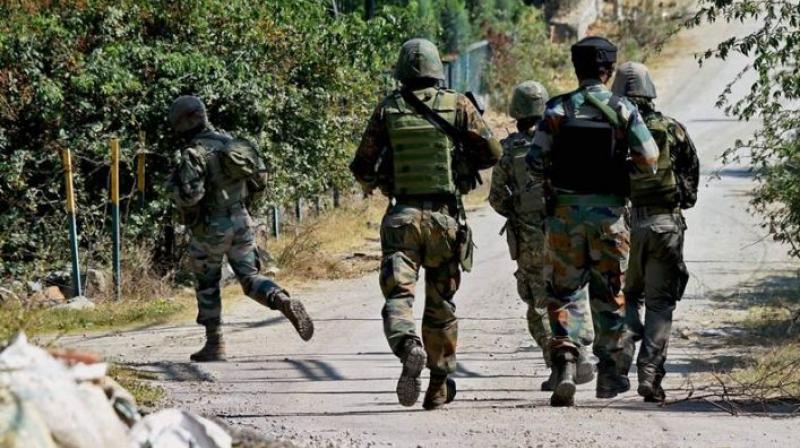 Srinagar: Three militants involved in the attack on a BJP leader's house in Nowgam area of the city were on Friday killed in an encounter with security forces in Pulwama district of Jammu and Kashmir, police said.

The encounter broke out this morning after security forces launched a cordon and search operation in Dobhi Mohalla in Kakapora area of the South Kashmir district, a police official said.

During the searches in the area, militants fired upon the forces, who retaliated, ensuing the encounter, he said.

In the exchange of fire, three militants were killed, the official said, adding their identity and group affiliation was being ascertained.

Security forces recovered incriminating material, including arms and ammunition from the encounter site, he added.

Inspector General of Police, Kashmir, Vijay Kumar, said the slain militants were involved in Thursday's attack on BJP leader Anwar Ahmad's residence in Nowgam in which a cop Rameez Raja was killed.

Yes, they were involved in yesterday's attack, the IGP told PTI.

Officials said two civilians, including a girl, were also injured near the encounter site, the official said.

They have been identified as Ishrat Jan (25) and Ghulam Nabi Dar (42) -- both residents of Samboora Pulwama, he said.

They were rushed to a nearby hospital, where from they were shifted to SMHS hospital here and their condition is stated to be stable, the official said.