India   All India  02 Apr 2020  Uttara Kannada: How this district in Karnataka kept a firm grip on Covid-19
India, All India 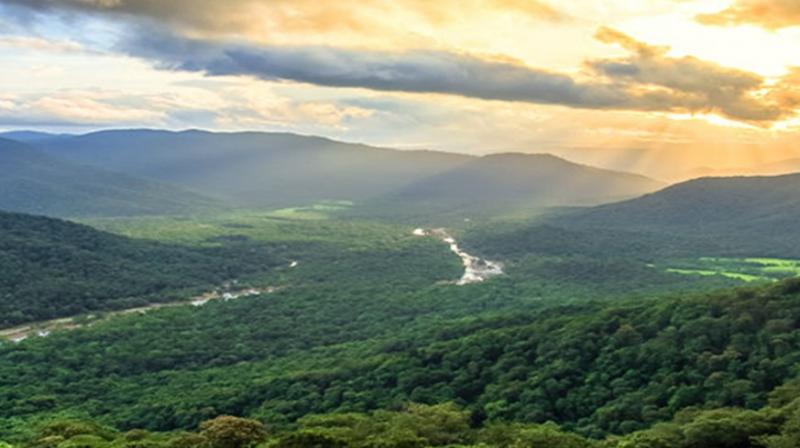 The moment a few positive cases of Covid-19 cropped up in Bhatkal town, the administration clamped down on all movement.

Karwar: About two weeks ago, Bhatkal town in Uttara Kannada district of Karnataka flickered into the nation’s attention when three persons tested positive for COVID-19 in a span of two days.

In subsequent days, five more tested positive, but effective steps taken by the district administration succeeded in curtailing the numbers and restricting the cases to Bhatkal town itself.

Today, in terms of the district-wise daily growth rate of positive cases, Uttara Kannada district is among the three lowest. While the Karnataka average is 5.33 percent, Uttara Kannada's average is 2.59 per cent.

Officials here feel that the steps taken by the district administration could serve as a template for others as they fight this pandemic.

When many districts began taking steps after positive cases were found within their jurisdiction, Uttara Kannada district was proactive and acted before the first positive.

Even before PM Narendra Modi clamped his Janata Curfew on the nation on March 22, Uttara Kannada had already restricted movement not only across the state border with Kerala but across border with other districts and also between taluks within the district too.

When officials noticed the correlation between Covid-19 and foregn travel, they moved fast to impose Section 144 in Bhatkal on March 24, hours before two positive cases were detected in the town.

As soon as the two positive cases were found in Bhatkal, the administration immediately declared a Health Emergency in Bhatkal town and nearby villages and enforced containment measures.

Home quarantine was strictly followed. Every person who had returned from abroad was tracked, and officials called each of them twice daily to know their health condition. Those who had even small health problems were immediately taken to hospital and their swabs were sent for testing.

Of the eight positive cases, four were from the same family: One person who had returned from Dubai infected three members of his family.

Though home quarantine of the positives was successful in ensuring that the virus did not spread in the community, the virus did spread to family members.
It was at this time that the district administration decided to take an innovative step: it opened separate quarantine facilities for such cases.

By stopping fresh inflows from other countries, other states and districts and by separating family members from people under home quarantine, the administration is now confident of restricting COVID-19 cases.

As Uttara Kannada does not have a sophisticated hospital, the Indian Navy was requested to lend its its INHS Patanjali hospital to treat the positive patients.
When the nationwide lockdown was announced by PM Narendra Modi, it was enforced stringently in the entire district, especially in Bhatkal.

Nobody is allowed to venture out. However, any shortages are quickly attended to. Arrangements have been made to ensure door-to-door supply of not only groceries and vegetables but also medicines.

The district has now come out with a detailed health report on its population after doing a three-day door-to-door health survey.

The survey brought to light the total number of people from outside the country, other states and other districts residing in Uttara Kannada district.

Another survey will be done next week to see what is working and what is not.
So far, COVID-19 positives have been restricted to Bhatkal town and no other place.

"We just follow the old saying that prevention is better than cure. We clearly knew that the initial positive cases were only among those who had traveled abroad, so we concentrated all our energies on confining the virus to Bhatkal,” Uttara Kannada deputy commissioner Dr. K Harish Kumar told Deccan Chronicle.

"We took up measures as per the containment protocol. The survey shows that our containment plan has been a success. We are thankful for the cooperation given by officials and the public in this fight against COVID-19," he said.