He also dismissed the allegations as 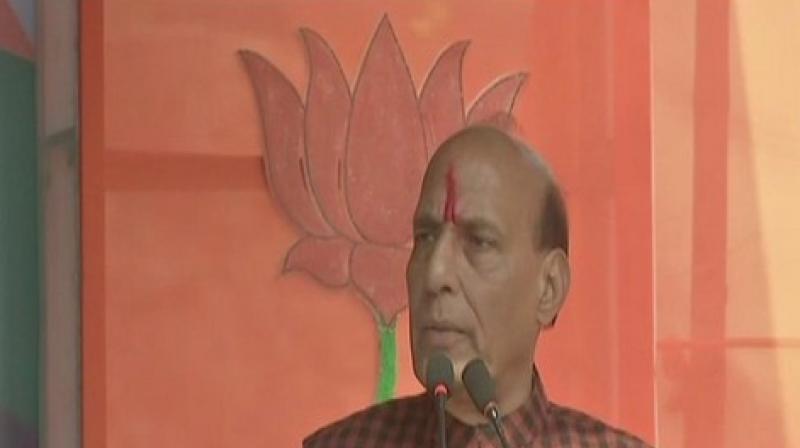 'It is the moral responsibility of the political parties to ensure that no caste or communal violence takes place anywhere,' said Singh in New Delhi. (Photo: ANI)

New Delhi: Home Minister Rajnath Singh on Sunday said the Centre has filed a review petition in the Supreme Court against "dilution" of the SC/ST Act, as he appealed to the political parties to ensure that no communal violence takes place in the country in the backdrop of widespread protests over the issue.

He also dismissed the allegations as "baseless" that the NDA government was against the upliftment of the backward community.

"It is the moral responsibility of the political parties to ensure that no caste or communal violence takes place anywhere," said Singh in New Delhi.

The Supreme Court had on March 20 "diluted" the provisions of the Scheduled Castes and the Scheduled Tribes (Prevention of Atrocities) Act, ruling that the government servants should not be arrested without prior sanction and private citizens, too, be arrested only after an inquiry under the law.

Opposing the verdict, several Dalit organisations called for a 'Bharat bandh' on Sunday.

Meanwhile, Congress president Rahul Gandhi slammed the RSS and the BJP for the plight of Dalits, and said that he saluted the "brothers and sisters" from the community who have hit the streets to demand protection of their rights from the Modi government.

Speaking to reporters outside parliament, Union minister Ravi Shankar Prasad noted, "The Centre was not a party in the proceedings at all. And therefore, on behalf of the Ministry of Social Justice, a very comprehensive review has been filed (against the dilution of the SC/ST Act). And the Government of India with great respect does not agree with the reasoning given by the Supreme Court in the matter," he said.