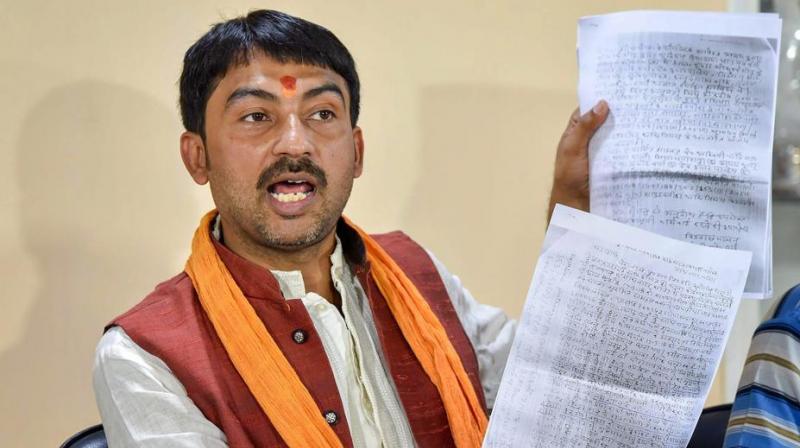 Arijit Shashwat, who is accused of inciting the communal tension, was sent to 14 days judicial custody by a court after his arrest in Patna against a warrant issued on March 24. His arrest came within hours of a Bhagalpur court rejecting his anticipatory bail plea.

At the time of his arrest, Shashwat said, “I have given myself up to police in deference to the court order. I have been wrongly accused of evading arrest. I was not absconding as I have not committed any crime. If raising slogans in praise of ‘Bharat Mata’ and ‘Sri Ram’ is a crime then I may be called a criminal.”

“I will soon file another petition in the Patna high court,” he said.

Senior superintendent of police, Patna, Manu Maharaj said on Sunday, “Shashwat was arrested from a temple in Patna late on Saturday night and was sent to Bhagalpur where a case was registered against him.”

The son of Union minister of state for health and family welfare and eight others were booked on March 17 for taking out a procession without permission and stoking communal sentiments. Police sources also claimed that some of his supporters were found flashing weapons during the procession.

Mr Choubey, while defending his son earlier, had called the FIR as “a piece of garbage” and had also said that the case was registered by officials who wanted to hide their failures in controlling the situation in Bhagalpur last month.

The violence during the procession has snowballed into a political battle with Opposition parties holding chief minister Nitish Kumar responsible for “failing to control the deteriorating situation in Bihar”.