The order was issued by the West Bengal home department late on Friday evening. 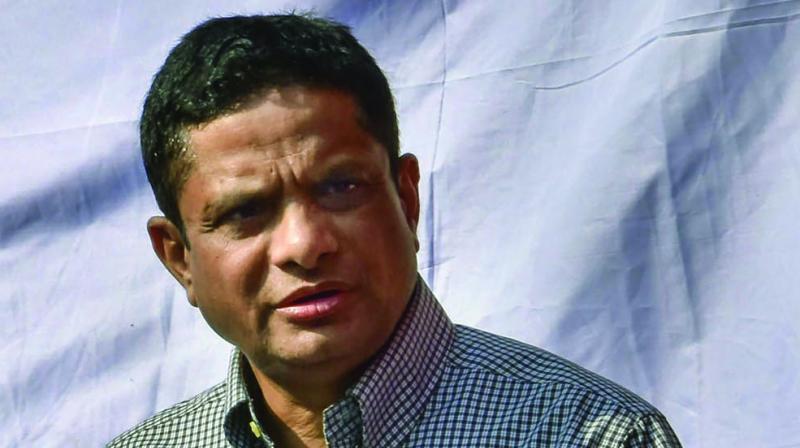 The West Bengal government has given additional charge of the state directorate of economic offences and the special task force (STF) of Kolkata Police to former city police commissioner Rajeev Kumar. (Photo: File)

Kolkata: The West Bengal government has given additional charge of the state directorate of economic offences and the special task force (STF) of Kolkata Police to former city police commissioner Rajeev Kumar.

Kumar, who recently took over as the state CID chief after completing his tenure as the city police commissioner, would hold additional charge of the two departments until further orders, a home department official said on Saturday.

The order was issued by the state home department late on Friday evening. Kumar, a 1989-batch IPS officer, had been embroiled in a controversy for being at loggerheads with the CBI over its investigations into the Saradha Chit fund and Rose Valley scams.

A team of CBI officers was stopped from entering the residence of Kumar, the then Kolkata Police Commissioner, on February 3 when they had gone to question him in connection with chit fund scam cases.

The move had prompted Chief Minister Mamata Banerjee to start a sit-in-protest in the heart of the city to protest against "the attack on constitutional norms".

On February 5, the Supreme Court had directed Kumar to appear before the central investigative agency in connection with the matter.

It had also said that no coercive step should be taken against Kumar. Acting on the apex court's order, the CBI had questioned Kumar for five days in Shillong.

The Supreme Court on Wednesday directed the CBI Director to file an affidavit giving details about the alleged contempt committed by West Bengal police and the then Kolkata Police chief in connection with Saradha chit fund scam cases.