Javadekar said it is the Modi govt that can take on terrorism and provide strong leadership to the country. 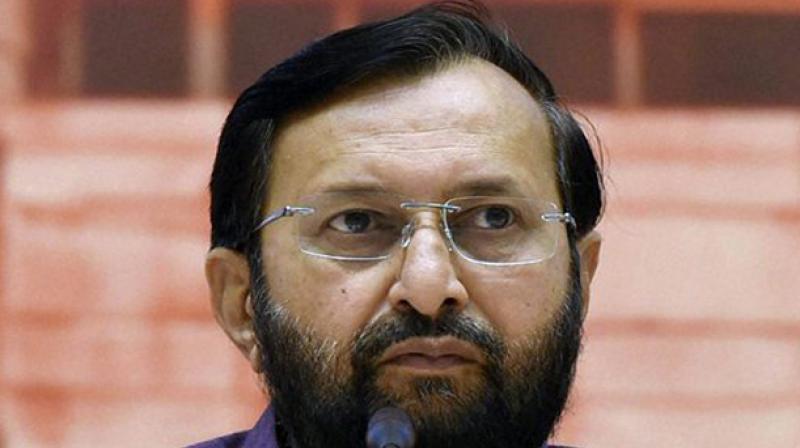 Javadekar was in Jaipur to participate in the BJP's pre-election bike rally. (Photo: File)

Jaipur: Union HRD minister Prakash Javadekar on Saturday exuded confidence that the BJP will win more seats in this general elections than it had won in 2014.

"The BJP had won 282 seats in the last Lok Sabha elections and we are confident that the number of seats won by the party will be higher than this in the upcoming elections," Javadekar told reporters here.

He said it is the Modi government that can take on terrorism and provide strong leadership to the country.

Javadekar was in the city to participate in the BJP's pre-election bike rally.

The bike rallies named as 'Kamal Vijay Sankalp Vahan Rally' were organized across the state by the party.

Union Minister of State for Information and Broadcast Rajyavardhan Rathore and other leaders also led rallies in other parts.