India   All India  02 Mar 2019  'National security is our priority, not election': Amit Shah at MP rally
India, All India

'National security is our priority, not election': Amit Shah at MP rally

Amit Shah had launched a nationwide mega bike rally from MP's Umaria ahead of LS polls. 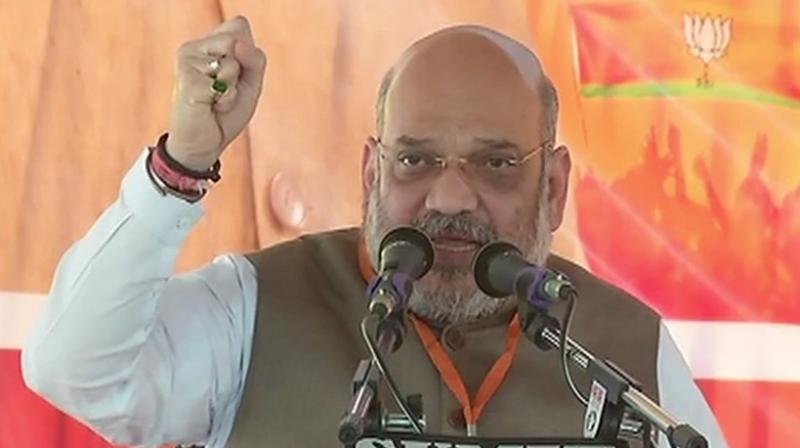 The rally will be carried out in more than 3,500 locations across various states. (Photo: ANI)

While addressing a crowd in Umaria, Shah slammed the opposition for questioning the aerial strike conducted by Indian Air Force.

"Everyone, including Pakistan, believed that India undertook IAF airstrike on Jaish-e-Mohammed camp in Balakot of Pakistan’s Khyber Pakhtunkhwa. However, Rahul Gandhi and Mamata Banerjee of the Opposition were the only ones who questioned whether the airstrike actually happened or not.", said Amit Shah.

He said the last four days Pakistan had a really hard time, but after Rahul Gandhi’s comment, they got an opportunity to be happy.

Amid the debate of alleged 'politicisation' of IAF conducted aerial strike, BJP president said that nation's security is BJP's priority and not upcoming election.

He also hailed Modi's role in exposing Pakistan's real face in front of the world.

"Today Pakistan has been isolated internationally, nobody is ready to support it. This kind of diplomatic victory was brought by BJP's Narendra Modi government," Shah said.

In a veiled attack on Congress and its president Rahul Gandhi, Shah said that Polls should be held to make India and its economy strong, to give Pakistan a befitting reply and not to fulfill a family's wish to make its "prince" the prime minister.

Talking about the 'One Rank-One Pension' scheme for defense personnel, Shah criticized the Congress for "delaying" the implementation.

Shah also blamed Congress for the delay in the construction of the National War Memorial.