A woman said she was walking to her house when two bike-borne men hurled a urine filled balloon on her. 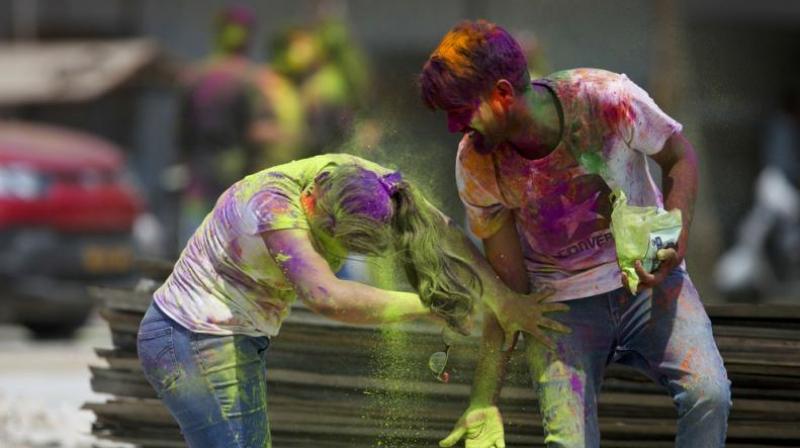 New Delhi: A day before the country was gearing up to celebrate the festival of colours, with enthusiasm and fervour another shocking incident of was reported from the national capital where two Delhi University students complained that urine filled balloons were thrown at them.

In the complaint to the Delhi Police, an 18-year-old woman said that she was walking to her house in Amar Colony in South Delhi when the two bike-borne men threw a balloon at her.

"The balloon hit me hard on my chest. I lost control and because of the pain, fell on the ground. By the time I composed myself, the persons had fled. The pungent stink from the liquid was unmistakably that of urine," the victim said in her complaint.

A similar incident took place from a little distance away from Amar Colony at Greater Kailash where a case of harassment has been registered.

On Saturday, students of Delhi University's Lady Shri Ram (LSR) College for Women complained of something similar on social media. A protest march was taken out by LSR Students' Union in protest against the crime.

After no respite from the assault, the victims are now planning to approach the Delhi High Court requesting the legal body to take suo moto action on their complaint.