A constable of commando force Greyhounds of Telangana Police, who was injured in the encounter, later succumbed to his injuries. 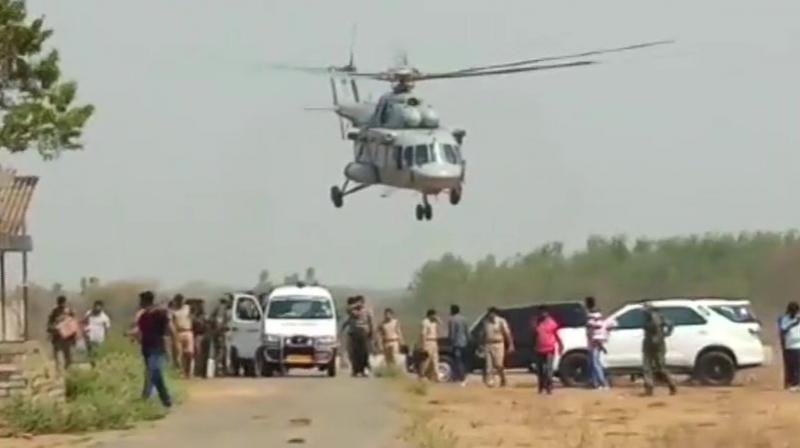 A cache of weapons was recovered from the encounter site. (Photo: ANI/Twitter)

Among the Maoists dead is suspected to be Hari Bhushan alias Jagan, State Committee Secretary of the group and another key leader Chukka Rao. However, the officials are yet to confirm it.

According to reports, Hari Bhushan's wife Samakka was also killed in the encounter.

Hari Bhushan was carrying a reward of Rs 30 lakh on his head and was an accused in at least 50 cases, police said.

Sushil Kumar, constable of commando force Greyhounds of Telangana Police, was injured in the encounter and was airlifted from the spot, later succumbed to his injuries.

Three other police personnel were also injured and were airlifted.

According to official sources, the encounter took place when teams of Telangana and Chhattisgarh police who were combing the area came under fire from the Maoists. 12 Maoists died in the ensuing gun battle.

The bodies of the slain Maoists is being shifted to Bhadrachalam Hospital for postmortem.

The incident comes nearly two and a half months after eight members of CPI (ML) Chandra Pulla Reddy Bata faction were killed in an exchange of fire at Mellamadugu forest area in Tekulapalli mandal of Bhadradri Kothagudem district on December 14, 2017.