India   All India  02 Mar 2017  Sanskrit to be compulsory upto Class 8 in Assam schools
India, All India

Sanskrit to be compulsory upto Class 8 in Assam schools

C.M. Patoway also announced that Cabinet has decided to appoint a special teacher to monitor cleanliness in all of the high schools. 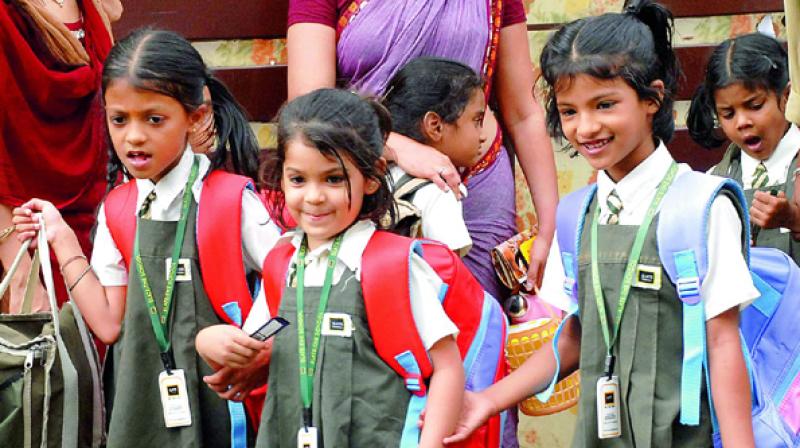 The cabinet has also given nod for appointment of a computer teacher in the high schools of the state. (Representational image)

Guwahati: In a significant decision, the Assam government on Wednesday decided to make Sanskrit education mandatory in all the schools up to Class 8.

Informing that the decision was taken in a Cabinet meeting, parliamentary affairs minister C.M. Patoway also announced that Cabinet has decided to appoint a special teacher to monitor cleanliness in all of the high schools.

He said that the teachers would be appointed in the high schools in accordance with the Swachchh Bharat Mission. He added that they would be responsible for maintaining cleanliness within the school premises.

Though the minister did elaborate much on making Sanskrit mandatory upto Class 8, the decision was widely welcomed by the RSS and Assam Sanskrit Sahitya Sabha — a little-know organisations of the state.

The sabha, in a statement to local media, said, “The Assam government’s decision to make Sanskrit compulsory in the schools will prevent Western impact on state’s culture.”

Working president of Sanskrit Sahitya Sabha Jayanta Malla Baruah said, “Along with the English language, our students need to study Sanskrit to learn about their civilisation, art, culture and literature. Making Sanskrit compulsory in schools is a historic decision of the BJP government.”

The cabinet has also given nod for appointment of a computer teacher in the high schools of the state, the minister said adding that the cabinet has also decided to increase compensation from Rs 1 lakh to Rs 4 lakh to the family members of those killed by elephants.

The cabinet also fixed minimum support price of potato at Rs. 5 per kilogram. It is significant that farmers have started cultivation of potato in Western Assam at large scale.