IAF officers to be part of HAL Mirage crash probe 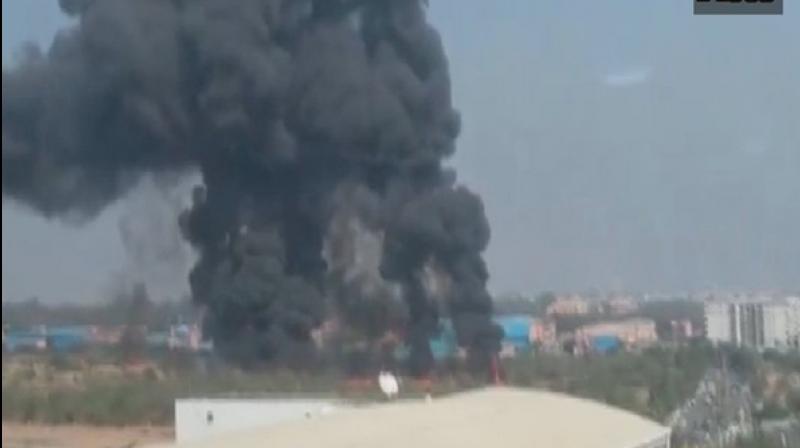 “Since it’s a fatal accident, our officers would be part of the inquiry to probe the crash,” senior IAF sources told ANI. (Photo: ANI)

New Delhi: Officers of the Indian Air Force (IAF) would be part of the team formed to probe the reasons behind the crash of the Mirage 2000 trainer aircraft on Friday at the HAL airport in Bengaluru in which both pilots were killed.

“Since it’s a fatal accident, our officers would be part of the inquiry to probe the crash,” senior IAF sources told ANI.

The avionics and electronic warfare capabilities of the planes were upgraded and the two pilots were taking it for an acceptance test when it crashed at the HAL airport.

Sources in the Air Force said initial reports suggest that the plane took off and then landed immediately with great force after which the parts of the front portion broke and it crashed into a gate near the runway.

The aircraft was being flown by two test pilots of the Indian Air Force- Squadron Leader Siddhartha Negi and Squadron Leader Samir Abrol. Both pilots were from Aircraft and Systems Testing Establishment.

One of the two pilots managed to eject from the plane, however, he fell on the debris and lost his life.

The other pilot was rushed to a hospital but succumbed to his injuries.