The payment of Rs 2,000 will be made three times in a year directly in the bank account of the farmers, costing the exchequer Rs 75,000 crore. 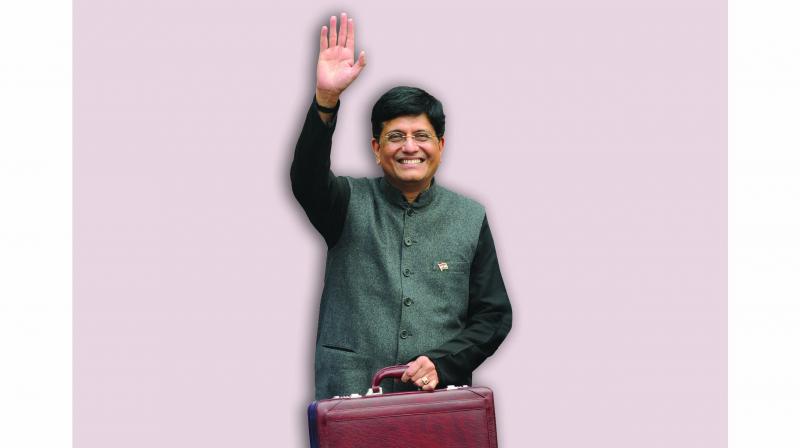 With farm distress blamed for the BJP’s loss in the recent MP, Rajasthan and Chhattisgarh Assembly polls, interim finance minister Piyush Goyal went all out to woo farmers by announcing direct income support of Rs 6,000 per year to small farmers with two hectare of land. The payment of Rs 2,000 will be made three times in a year directly in the bank account of the farmers, costing the exchequer Rs 75,000 crore.

The scheme, Pradhan Mantri Kisan Samman Nidhi (PM-KISAN), is proposed to kick in with retrospective effect from December 1, 2018, and the first payment of Rs 2,000 will be deposited in farmers’ bank account by March, just before parliamentary elections. While Rs 500 per month is not a significant amount, it is over and above all the existing subsidies and is being implemented directly by the Centre to woo the rural masses.

“Around 12 crore small and marginal farmer families are expected to benefit from this,” said Mr Goyal in his 100-minute-long speech which had a healthy mix of English and Hindi to appeal to all categories of voters. However, the scheme raises questions about the take-away for tenant farmers who do not own the land that they till and are the most impacted by farm stress.

To bring the neo-middle class back in its fold, Mr Goyal announced that those earning upto Rs 5 lakh per annum will not have to pay income tax as they will be given full tax rebate. Those earning upto Rs 7.75 lakh can escape from paying tax by making different tax saving investments and reducing their net taxable income to Rs 5 lakh. However, if after using various tax saving investments, an individual’s taxable income is even Re 1 over Rs 5 lakh he will have to pay Rs 12,500 tax on Rs 5 lakh income as there is no change in tax structure. This will provide tax benefit of Rs 18,500 crore to an estimated 3 crore middle class taxpayers, said Mr Goyal. The standard deduction for salaried persons was also raised from the current Rs 40,000 to Rs 50,000 which will provide a benefit ranging from Rs 2,080 to Rs 3,588 depending on income levels.

He also offered to further simplify  processing of income tax returns and highlighted a proposal for ensuring refunds within 24 hours of filing of applications.

For workers in the unorganised sector, Mr Goyal announced a pensionscheme, Pradhan Mantri Shram-Yogi Maandhan’ (PMSYM), under which those earning up to Rs 15,000 monthly will get Rs 3,000 per month after 60 years of age. The plan is expected to provide social security to 10 crore labourers. According to the scheme, an unorganised sector worker joining the pension scheme at the age of 29 years will have to contribute only Rs 100 per month till the age of 60 years. The government will deposit equal matching share in the pension account of the worker every month.

Mr Goyal broke the convention that a government facing re-election does not make any major taxation and spending proposals in an interim Budget which
will tie the hand of the next government.

Mr Goyal used his Budget speech to launch BJP’s poll campaign promising to usher New India by 2022 and taking the GDP to $5 trillion in the next five years and then to $10 trillion. Mr Goyal speech was welcomed with chants of “Modi Modi Modi” and thumping of desks by charged up BJP MPs.

Apparently looking for a “divine intervention” during an election year, Mr Goyal announced “Rashtriya Kamdhenu Aayog” (named after mythological Kamdhenu cow) which will look after effective implementation of laws and welfare schemes for cows. He also increased the allocation for centrally sponsored scheme Rashtriya Gokul Mission to Rs 750 crore for the current financial year from the Budget Estimate of Rs 301.50 crore.

”This government will never shy away from honouring our mother cow,” said Mr Goyal. He said that whatever will be needed will be done. Many BJP ruled states have taken measures for cow welfare to cater to its supporters.

Under the BJP, Rajasthan even had started a cow ministry.

The finance minister tried to dispel Opposition parties’ charge that unemployment has increased; citing EPFO membership data which showed increase of 2 crore in two years “reflecting formalisation of the economy and job creation.”

However, its the Budget arithmetic which is concerning the experts. Mr Goyal
said fiscal deficit for the current fiscal is expected to be slightly higher at 3.4 per cent against target of 3.3 per cent. For 2019-20 also, the government  retained the fiscal deficit at 3.4 per cent of the GDP. Finance minister blamed the slippage on Rs 20,000 crore provided in 2018-19 RE (Revised Estimate)for income support to farmers and Rs 75,000 crore in 2019-20 for the scheme.

Analysts doubt that government will be able to meet the fiscal deficit target even next year. “Ongoing slippage from the government’s budgeted fiscal deficit targets over the past two years, and our expectation that the government will face challenges meeting its target again this coming fiscal year (ending March 2020) does not bode well for medium term fiscal consolidation,” said Moody’s Investors Service.

Reaching out to the rural masses, the finance minister sanctioned Rs 60,000 crore under Mgnrega, up from Rs 55,000 crore last  year, and announced that one lakh digital villages will be created in the next five years. He also promised to provide electricity to all homes during this fiscal.

Apart from announcing the setting up of the country’s 22nd AIIMS in Haryana, the finance minister also raised the allocation for the women and child development ministry to Rs 29,000 cr, up 20% from the last fiscal.

Giving equal importance to sports, the minister hiked the allocation for funds for Sports Authority of India by over Rs 200 crore as compared to 2018-19.