No organisation has claimed responsibility for the incident until now, according to the State Director General of Police. 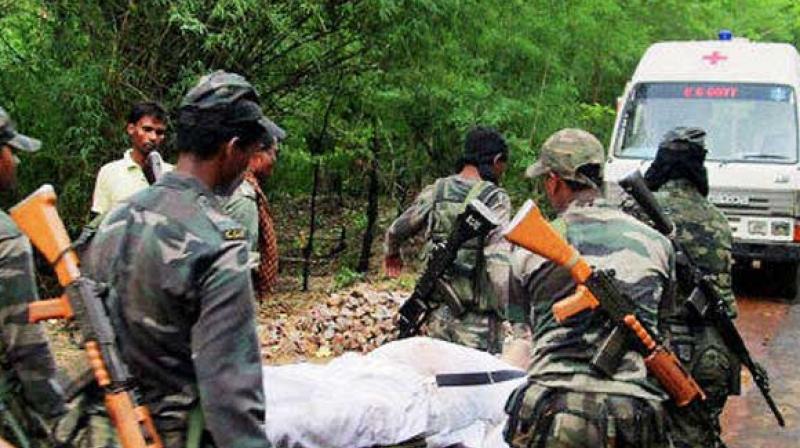 Koraput: The death toll in the Wednesday’s landmine blast at Mogarguma village in Odisha’s Koraput district rose to eight on Thursday, with the recovery of one more body from the site.

The bodies of the slain Odisha State Armed Police (OSAP) were sent to their respective villages after a Guard of Honour was paid to them at the Police Ground here.

Deputy Inspector General of Police S Saini and Koraput SP C S Meena were among the top police officials who paid a tribute to the martyrs at the Police Ground.

Speaking to reporters in Cuttack, state director general of police (DGP) K B Singh, while confirming the death of eight jawans, said five others were undergoing treatment at a hospital in Visakhapatnam.

“We have received a report of eight deaths until this morning. The condition of the five others undergoing treatment at Visakhapatnam is stable,” said Singh.

The DGP also said that no organisation had claimed responsibility for the blast yet.

On Wednesday evening, Maoist suspects had detonated powerful Improvised Explosive Device (IED) on the Sunki-Salur highway which ripped apart at police van carrying 13 jawans. A 15-feet crater was created on the road from the impact of the explosion and the bus fell down 70 feet off the road.

The traffic on the route that connects south Odisha with Andhra Pradesh was fully restored this morning after the severely damaged road was repaired.

The Border Security Force (BSF) and Special Operation Group of Odisha police have intensified their search in the area.

Meanwhile, a local driver said he had seen a youth and two young girls few minutes before the explosion.

“While I was travelling on the road, three youths came to me and asked me at gunpoint not to go further saying that the road had been closed. I was literally trembling when minutes after there was huge blast sound,” he said.