Officials of the BSF had earlier called the incident a ceasefire violation but it was found to be an infiltration bid by armed terrorists. 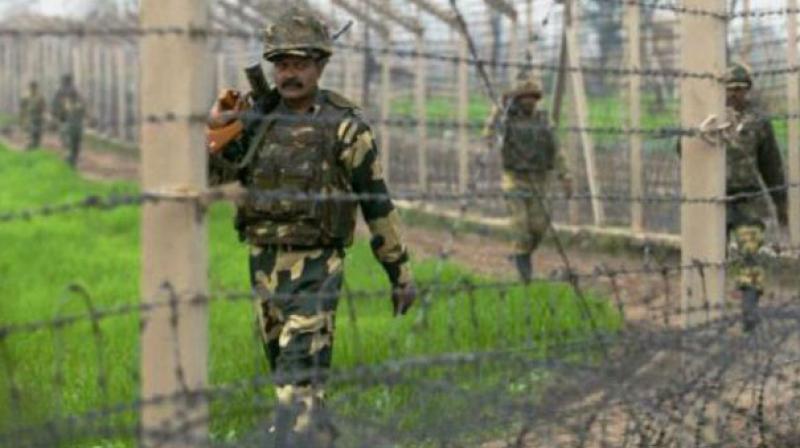 Jammu: The BSF on Thursday said it averted an infiltration bid from across the Indo-Pak International Border (IB) as terrorists fired gunshots and hurled grenades at the force's post in the Samba sector in Jammu and Kashmir.

Officials of the border guarding force had earlier called the incident, that took place around 3:30 pm, a ceasefire violation along the IB but as the details of the report came in, it was found to be an infiltration bid by armed terrorists.

They said "heavy volume" of fire from automatic weapons was pounded and at least three grenades were lobbed at the Border Security Force post 'Katao' in the Samba sector.

They said the "ferocious stand off" was retaliated by the troops.

They said a group of terrorists reached close to the IB after taking advantage of "undulating ground and thick wild growth" across the border.

The border post is located near the Bobiyan post, which has been targeted by Pakistan forces a number of times, they said.