Activists and lawyers Bastar claimed that they have received abusive messages from Kalluri, who said they should be ‘stoned out of bastar’. 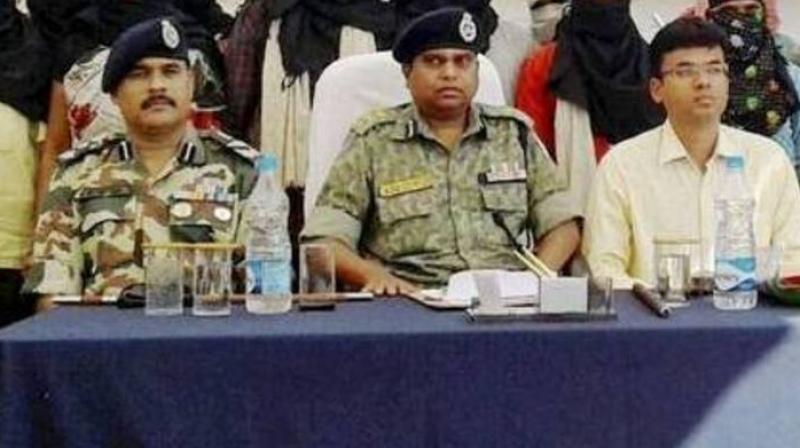 Bastar: SRP Kalluri, the Inspector General of Bastar district of Chhattisgarh, who was accused of threatening activists in the region and sending them abusive text messages, has been sent on "forced" leave.

According to a report in News 18, the Chhattisgarh government has appointed IPS officer P Sunder Raj as DIG Bastar.

The unruly behaviour of Kalluri came to light after residents in Pandripani village of the district asked activist Bela Bhatia to vacate her house earlier this month.

Activists and lawyers in the district had then claimed that they have received abusive messages from Kalluri, who called them ‘dogs’ and said they should be ‘stoned out of bastar’.

Activists had claimed that they were sent the abusive messages because they asked Kalluri to intervene in Bela Bhatia’s case, who has been working to expose alleged abuse in the district by security forces.

Bhatia was allegedly threatened by a mob of men who asked her to vacate immediately, failing which they will set the house ablaze. Activists claimed that the men who intimidated Bhatia had the backing of the police and of Kalluri who has a controversial record.

In a message to Kalluri this Tuesday, Sandeep Singh, an activist wrote "This can't go (on for) long. You are not above the constitution. Don't sell your conscience for money."

Singh had claimed that he received a response from Kalluri that said, "Maoists and their dogs like you will be stoned out of Bastar. Beware."

Bhatia was among a group of people who had accompanied a National Human Rights Commission team to villages of Bijapur two days ago to record the statements of alleged rape victims.

Early this month, the NHRC had sent a notice to the state government over alleged rape, sexual and physical assault of 16 women by the state police personnel in Bastar division (in October 2015 and January 2016), observing that the government is "vicariously liable" for it.