Data also showed around 32,50,039 PNRs were auto-cancelled as they were in wait status after preparation of the charts 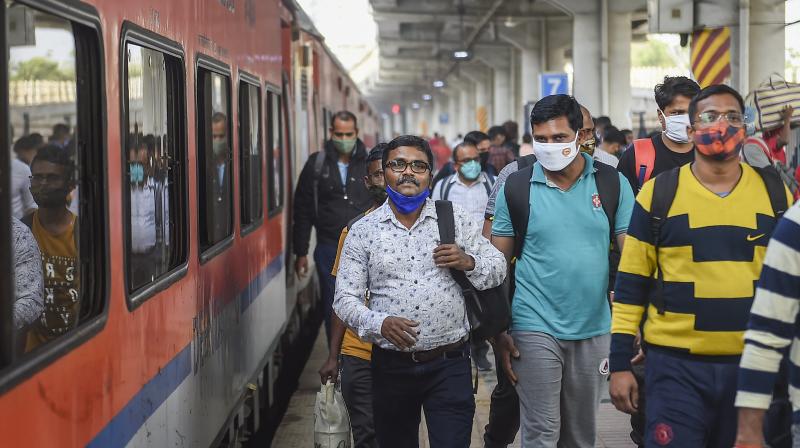 New Delhi: The Railways earned Rs 403 crore from tatkal ticket charges, an additional Rs 119 crore from premium tatkal tickets, and Rs 511 crore from dynamic fares during 2020-21, even as much of its operations remained suspended through most of the year due to the Covid pandemic, revealed an RTI reply.

Passengers in these three categories are usually last minute travellers who avail these services mostly for emergency travel by paying premium charges.

In a reply to a RTI filed by Madhya Pradesh-based Chandra Shekhar Gaur, the Railways said that it earned Rs 240 crore from dynamic fares, Rs 353 crore from tatkal tickets and Rs 89 crore from premium tatkal charges in the financial year 2021-22 till September.

The data from the railway ministry comes a month after a Parliamentary Standing Committee on Railways remarked that the charges levied on tatkal tickets are "a little unjustifiable" and put a huge burden particularly on those passengers who are financially weak and are forced to travel in urgency to meet their kith and kin or so for a very short distance also.

The committee desired that the ministry devise measures for a pro rata fare for distance travelled.

Under the premium version, which was introduced in 2014 in select trains, 50 per cent of tatkal quota tickets are sold using the dynamic fare system.

The committee also said that flexi or dynamic pricing appeared to be "somewhat discriminatory" given the facts that fares of Rajdhanis, Shatabdis and Durontos are already higher as compared to other mail and express trains and are almost at par and at some instances higher than those of budget airlines.

Data also shows that over 52 lakh people who were on wait list after finalisation of seat reservation charts could not travel by trains in the first six months of the current fiscal.

Around 32,50,039 PNRs (passenger name records), against which 52,96,741 passengers had bookings, were auto-cancelled as they were in wait status after preparation of the charts till September of this financial year.

"The problem is that we do not have enough trains to meet the demand of the general public. Those that can afford the premium fares, spend money to get tatkal tickets. Some trains are out of reach for some who cannot pay the dynamic fares. Even if we book in advance, the tickets are wait listed in most trains," said Sujeet Rai, who travels to see his parents in Bihar every year.

"What I do is book tickets in advance and when they are wait listed till the very end, I try and get tatkal tickets and cancel the previously booked ticket. Even if its not an emergency and you have made plans with your family, you have to try to get confirmed tickets," he said.