An advisory has asked people to keep windows of their houses closed and asthmatics to keep medicines handy. 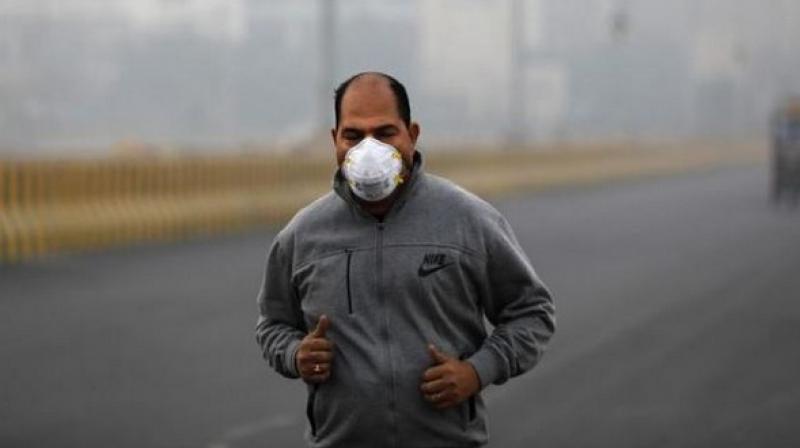 New Delhi: People in Delhi are still gasping for a breath of fresh air as the air quality of the national capital and its adjoining areas remained in the 'severe' category on Thursday.

According to System of Air Quality and Weather Forecasting And Research (SAFAR), the overall Air Quality Index (AQI) of the national capital was 426 with PM10 docking at 407 and PM 2.5 at 276 at 9 in the morning today.

According to SAFAR, "Under the influence of approaching western disturbance, increased surface winds and improved ventilation, AQI is forecasted to improve to the higher-end of the very poor category by the January 2."

Further significant improvement in AQI towards the middle-end of very poor to poor category is expecting by January 3. The organisation further predicted that tomorrow's (Friday) top three air pollution hot spots of the capital are likely to be Vinobapuri, Okhla and Bawana.

In an advisory, SAFAR has advised citizens to avoid physical outdoor activities including morning walks. "Stop any physical activity if you feel unusual coughing, chest discomfort, breathing difficulty or fatigue," it said.

It has also advised people to keep windows of their houses closed and asthmatics to keep medicines handy.