Wrap-up: And miles to go before we sleep

If anybody had to pick one event that defined 2016, then it has to be demonetisation. 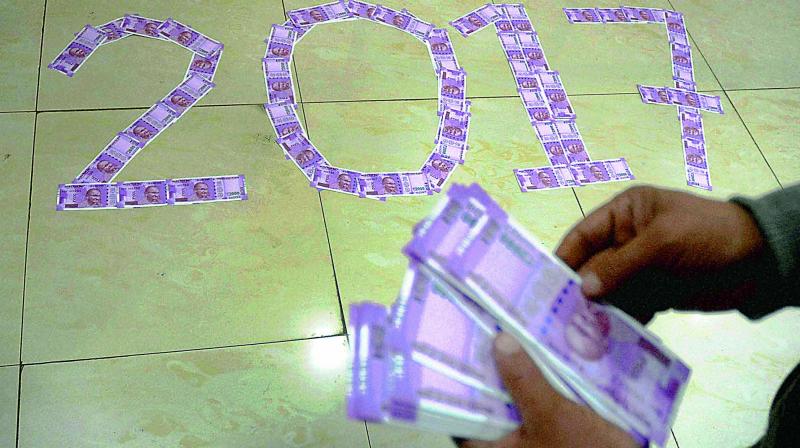 The windfall that the government expected from the note ban appeared elusive, forcing it to bring out new regulations almost every day.

A player of chess, the game of strategy, would know that a pawn is sometimes as important as the queen. But sometimes, a person, clouded by a series of successes, tends to underestimate the intelligence of the opponent to his peril.This analogy appears to be appropriate to describe the events that unfolded in India over the last 50 days. The country had become the largest chessboard ever for Prime Minister Narendra Modi on one hand and crores of unidentified and unknown people who stashed black money.

As the first round of the 50-day game ended on Friday, Mr Modi, the master strategist, appears to be losing out despite having an unprecedented advantage of a great narrative, immense public support and a weak and bewildered Opposition.The government gradually lost the narrative as several bank branches transformed into any-time money (ATM) for black money hoarders even as people fought pitched battles outside bank ATMs for small money.

The windfall that the government expected from the note ban appeared elusive, forcing it to bring out regulations almost everyday. The government broke its promises and made U-turns to make depositing black money difficult. The Prime Minister declared that people can exchange old notes over the counter at banks and post offices  for over 50 days. But he reneged on his promise to ban exchange. The government told people not to be in a hurry to deposit in November. But people who waited till December end were asked why they waited till now.

As the stated objective of taking black money out of the system proved difficult, the government shifted goalposts, from being a crusader against black money to becoming a refor-mer who wants to change how financial transactions are made in India. “It appears that the government did not anticipate of people to find so many loopholes to short-circuit the demonitisation plan. Almost daily revision of the RBI regulations attests this viewpoint. But since 2002, Prime Minister appears to have got the habit of winning. Let’s wait for his next move,” said a former director with a public sector bank.

Even as the income-tax officials raid all big shots in desperation to save the day for the government, the Prime Minister appears to have set his eyes on real estate, which is where huge black money is. With most benami properties in the name of relatives, experts feel there is hardly anything that the government could do until they track income flow to determine an individual’s capacity to purchase such a property.

Is the Prime Minister again doubting the collective genius of Indians? Perhaps yes; or maybe no. Let’s watch the great Indian tamasha — in which we have you and me have no option but to be a part — being enacted over the next few months in the country.