Reform political funding to win the war against black money

Political parties, instead of being banisters of democracy, have become canisters of black money. 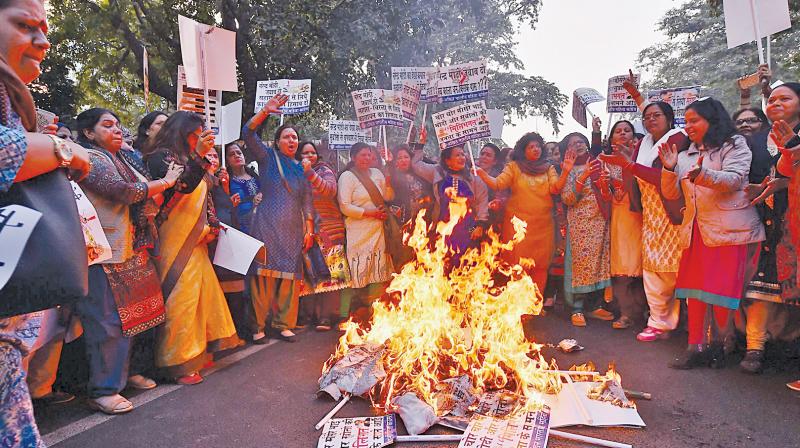 Joseph La Palombara and Myron Weiner have written that political parties are a feature of “modern and modernising societies”. But conservatives and founders of nation-states like George Washington, Lord Bolingbroke and Mahatma Gandhi were not comfortable with the idea of political parties which are, by their very nature, divisive of the organic unity of the nation. M.N. Roy and Jayaprakash Narayan favoured a party-less democracy. It may be an ideal but not practical. It is well-nigh impossible to think of a democracy without political parties which provide a vital link between the civil society and the government.

However, political parties did not get any recognition in the Indian Constitution until 1985 when the Constitution (52nd Amendment) Act, popularly known as the Anti-Defection Act, came into force. It created the Tenth Schedule in which the words “political party” found mention for the first time, though still not in the main body of the Constitution. However, the Supreme Court has recognised the significance of the party system in a catena of cases.

In Kanhaiya Lal Omar v. R.K. Trivedi (1986), it held, “political parties have to be there if the present system of government is to succeed.” Again, in Dhartipakar Madan Lal Agarwal v. Rajiv Gandhi (1987), it reiterated that in parliamentary form of democracy, political parties play a vital role. In Rama Kant Pandey v. Union of India (1993), the Supreme Court held, “for a strong democratic vibrant government, it is necessary to have a parliamentary system which involves a majority as well as a minority so that there is full-fledged debate on the controversial issue on the floor of the House. This is best achieved through the party system.” In this case, the court was asked to adjudicate on the legality of Section 52 of the Representation of People Act, 1951, which provided for the countermanding of an election in the exigency of the death of a candidate of any recognised political party but not in the case of the death of an independent candidate. The court decided that the differential treatment accorded by
law to party candidates does not fall foul of Article 14 (right to equality).

This black money surfaces at the time of elections. The reports of the Santhanam Committee on Prevention of Corruption (1964) and the Wanchoo Committee on Direct Taxes Enquiry dwelt on the issue and highlighted the problem of black money making its way into the political system.

In 1968, Prime Minister Indira Gandhi banned corporate donations to political parties. The stated objective was to obviate the influence of large business houses on politics, but allegedly it was to choke the supply of funds to the right wing parties as she apprehended that corporate bodies were more enamoured of them. Ironically, this ban gave a fillip to cash donations which political parties encouraged in the absence of corporate donations.

The ceiling imposed by the RP Act on the expenses of individual candidates becomes meaningless as there is no such limit on the expenditure incurred by the candidate’s political party, friends and relatives. The Supreme Court tried to curb the scourge of black money in Kanwar Lal Gupta v. Amarnath Chawla (1975) by ruling that the money spent by the political party and friends to advance the prospects of the candidate fell within the ambit of Section 77 of the RP Act and would be counted as candidate’s expenses. The court was emphatic that “it produces anti-democratic effects in that a political party or individual backed by affluent or wealthy would be able to secure a greater representation than a political party or individual who is without any links with affluence or wealth”.

The court’s reasoning is impeccable. But it sent an alarm signal as it was likely to impact the petition challenging Indira Gandhi’s election pending in the court. Parliament, without losing time, opened a foxhole by amending Explanation 1 to Section 77(1) clarifying that expenditures by the party and supporters not authorised by the candidate would be exempt from the candidate’s expenses. Unfortunately, the court upheld this amendment in P. Nalla Thumpy v. Union of India ((1985). However, in Gadak Y.K. v. Balaseb Vikhe Patil (1994), the apex court stressed on the need to repeal the explanation pointing out that the spirit of the provision suffered violation through the escape route provided by the explanation. In Gajanan Krishnaji Bapat v. Duutaji Raghobji Meghe (1995), the Supreme Court emphasised the need to prescribe by “rules the requirements of maintaining true and correct accounts of the receipts and expenditure by political parties by disclosing the sources of receipt as well”.  However, the court’s advice remained a cry in wilderness.

The apex court was again seized of the problem of donation and its transparency in Common Cause v. Union of India (1996). The petitioner alleged violation of the provisions of Section 13A of the Income-Tax Act and Section 293A of the Companies Act by political parties with regard to their income and expenditure. Ban on the corporate donations was lifted in 1985 by adding Section 293A to the Companies Act. The law mandated all political parties to maintain accounts, issue receipts for voluntary contributions above the prescribed limit and of getting their accounts annually audited. Of the 15 parties approached for their response, except the Janata Party, headed by Subramanian Swamy, none could claim that it was complying with the legal requirements. The court held that political parties which had not been filing returns of income for many years were guilty of violating the statutory provisions of the IT Act, and directed the Union finance secretary to conduct an investigation against each defaulter political party and to initiate action in accordance with the law since the IT authorities had been solely remiss in the performance of their duty.

The court also ruled that the expression “conduct of election” in Article 324 of the Constitution bequeaths sweeping powers to the EC, during the issue of conduct of election, to issue directions and seek details from political parties regarding their expenses and scrutinise them properly.

Elections are the fountainhead of black money. It is heartening that the government has welcomed the EC’s move. Black money cannot be extirpated without reforming political parties and electoral system.

The writer is a senior TV journalist