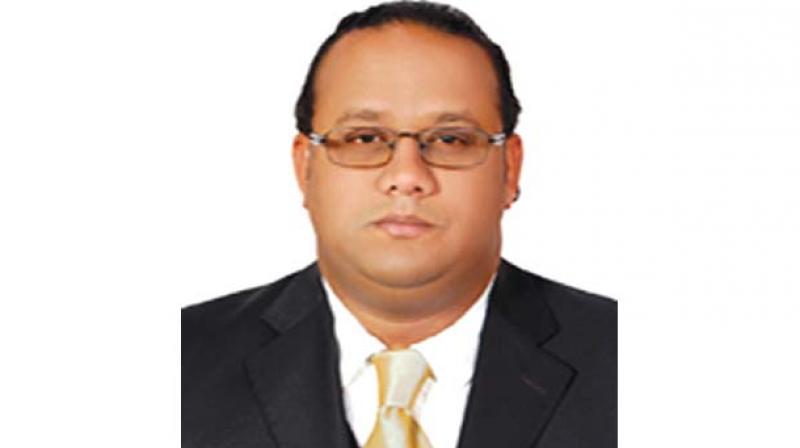 Kozhikode: Kerala-born, Saudi-based entrepreneur Shaikh Rafik Mohammed, 42, has been appointed Major General of Kyrgyzstan, in a first for an Indian in the Central Asian country.

Mohammed assumed the prestigious post in the presence of defence minister Ali Mirza at an official ceremony held in Kyrgyzstan. He holds Kyrgyzstan nationality, conferred by former President Kurmanbek Saliyevich Bakiyev, whom he had met in his late 20s while working in Iran.

Mohammed, who heads the construction firm Gammon Middle East in Saudi Arabia, used to be an adviser to Kyrgyzstan’s President, and the latest appointment is in recognition of his contributions to the country, sources in Dubai said.

Mohammed, known as Rafi here, is the son of late Abdul Hameed and Fathima of Eravannur, 12 km from Kozhikode, Kerala. He studied up to seventh class at a local school in Eravannur. According to his sister Rukhiya K.M., Mohammed left for Mumbai at the age of 20 and then for Gulf.

“We are all elated by his elevation to the prestigious post. He called us on Saturday and we spoke a lot. He last visited Kozhikode in 2007,” Rukhiya said.

Mohammed, who has an Iranian wife, has made it big from a humble background. His father was a fisherman who struggled hard to make ends meet.

Mohammed’s neighbour and distant relative Azis U.P. says he maintains a warm relation with his birthplace. “It was Rafik who gave Rs 25 lakh for the construction of a madrasa recently. He will reach out to anyone in time of need,” Azis said.

Sources said that Mohammad maintains cordial relations with major political leaders of Kerala. Dubai reports said Mohammed, after selling the successful project to the Iranian government, went to Kyrgyzstan and presented a similar project to Kurmanbek, then a governor who was preparing to contest presidential elections. After Kurmanbek won the elections, he appointed young Rafik as his chief adviser.

He developed wide network of friends in the Central Asian country, which has witnessed a rapid flow of foreign investment and a shift from socialist mode of development to a capitalist mode of production, reports said.