In the city, Moulin will pay tribute to artistes Hazrat Inayat Khan and Claude Debussy at this non ticketed performance. 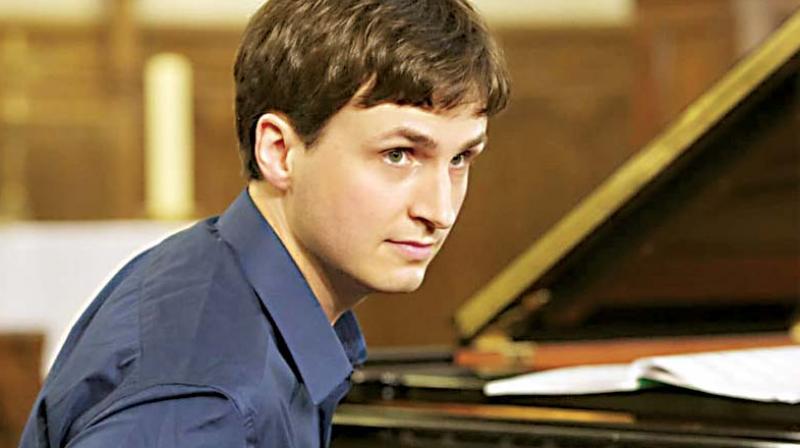 Bach. Beethoven. Brahms. The Germanic repertoire fascinated this music prodigy from Lyon in France as a student. The young and extremely talented pianist is on a tour of India and will be performing at the Alliance Francaise on December 4. A renowned French pianist, Olivier Moulin has an intensity and emotional maturity that has seen him learn from masters across the world, and regale audiences with his sheer talent.

In the city, Moulin will pay tribute to artistes Hazrat Inayat Khan and Claude Debussy at this non ticketed performance. Olivier is a laureate of the international competition Epinal, the pride of Jeunesses Musicales de France, Maurice Ravel International Academy and he has also collaborated with several orchestras in his fledgling career that promises to reach music heights. Touted as an excellent pianist and a real musician that belies his young age, Moulin has been hailed by The Washington Post as a ‘young artist showing maturity and elegance’.

For the young boy who was influenced by his father’s guitar playing, the musical influence of his village music school drew him to the piano. The 72 minute performance includes something for children including Doctor Gradus ad Parnassum, Jimbo’s Lullaby, Serenade for the Doll, The Snow is Dancing, Golliwog’s Cake-walk and The Little Shepherd. Moulin will also play five pieces as a dedication to Hazrat Inayat Khan including The Song of the Dawn, The Prayer of the Ioggies, Sakuntala’s Lament, The Flowergirls Prayer and Sacrifice. He will also play Heroic Lullaby and Prelude in the afternoon of a Fauna (transcribed for piano by Léonard Borwick) as an ode to Claude Debussy.