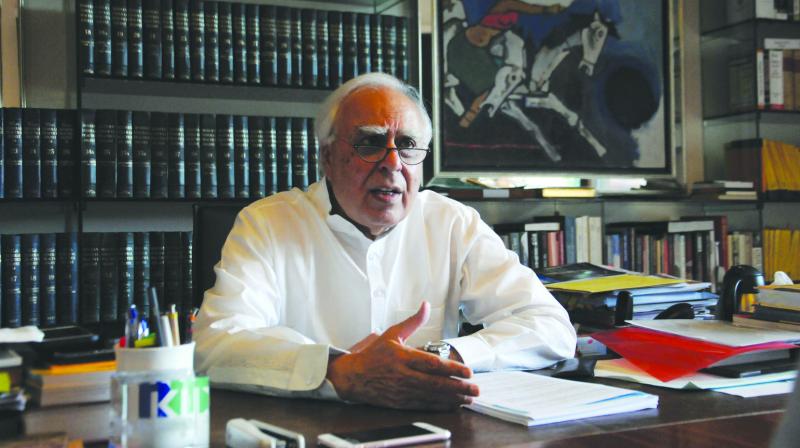 New Delhi: After the BJP questioned the faith of Congress vice-president Rahul Gandhi, over the controversy of his visit to Somnath Temple, the Congress has hit back.

Mr Sibal said, “How often does he go to the temple? He has quit Hinduism and imbibed Hindutva which has nothing to do with Hinduism. He is not being asli (real) Hindu.”

He further added “A true Hindu is one who considers every Indian as brother, sister or mother... does not say anything that hurts the sentiment of others... reacts immediately against violence... does not do politics on everything and goes amidst the farmers and understands their problems,”

The remarks of the former law minister came after a row has erupted wherein Mr Gandhi’s name was allegedly listed in the non-Hindu visitors’ list of Somnath Temple.