Obama said that India's Muslim population has successfully integrated itself into the Indian culture and needs to be nurtured. 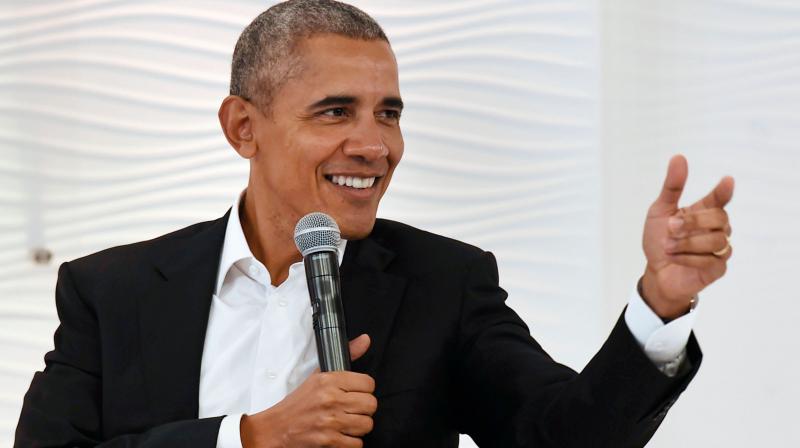 New Delhi: India needs to cherish and nurture its Muslim population that is integrated and considers itself Indian, former US president Barack Obama said in New Delhi on Friday.

It is an idea that needs to be reinforced, the former president said at the Hindustan Times Leadership Summit.

Obama said he had emphasised the need for religious tolerance and the right to practice one's own faith during closed door talks with Prime Minister Narendra Modi during his last trip to India in 2015.

The 44th US president, who held office between 2009 and 2017, had made similar comments during a public interaction on the last day of his visit, which had come against the backdrop of controversy over religious conversions.

Responding to an India-specific question, Obama referred to India's "enormous Muslim population", which is successful, integrated and thinks of itself as Indian.

That is unfortunately not always the case in some other countries, Obama added.

Referring to India, he said, "And that is something that needs to be cherished and nurtured, cultivated. It's important to continue reinforcing it."

Answering a question on terrorism emanating from Pakistan, Obama said, "We had no evidence that Pakistan was aware of Osama bin Laden's presence there but that is something obviously we looked at."