Some members also asked how the film had reached the UK when it had not been approved here. 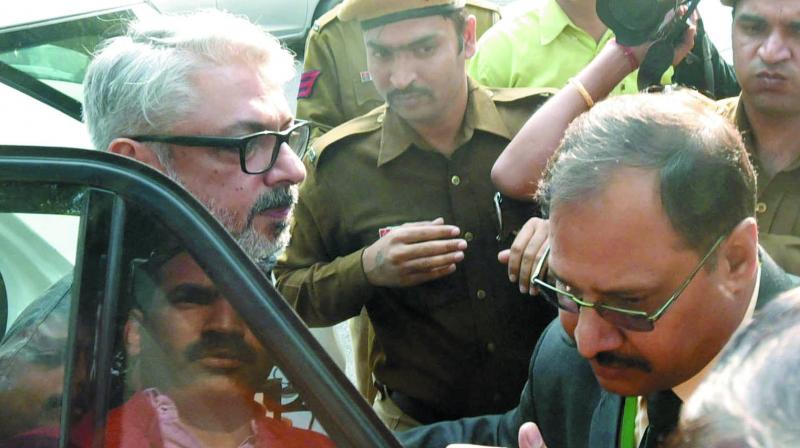 Bhansali faced tough questions from members of the Parliamentary Standing Committee on Information Technology, which asked him if the “selective” media screening of his film was aimed at undermining and influencing the CBFC.

Sources said the members of the panel asked Bhansali, “How could you assume that the movie could be released on December 1 when you applied to the CBFC on November 11. As per the cinematography act, the CBFC may take 68 days before certifying a movie?”

“Is selective media screening of the movie fair and ethical? Was it an act to influence the Central Board of Film Certification (CBFC),” they asked.  Few members alleged that it seemed that his movies tend to target communities which produced tension between them.

The panel on information technology, which also looks into the issues of the information and broadcasting ministry, had called the meeting to discuss the problems and issues faced by the film. It is headed by BJP MP Anurag Thakur and its members are senior BJP leader L.K. Advani and film actor Raj Babbar (Congress).

Meanwhile, sources stated, that several members of the Lok Sabha Committee on Petitions also expressed their opposition to the trailer and said it should be banned along with the film. Some members also asked how the film had reached the UK when it had not been approved here, the CBFC chief explained that it was an independent process. Joshi also clarified that the panel that he had not seen the film as yet and a regional committee would review the film. He also pointed out that if necessary, a central committee would then take a view. A final decision would be taken after consulting experts, he assured the panel members.