6 locations in 2 cities are being raided in connection with a money laundering probe in the Aircel-Maxis case, official sources said. 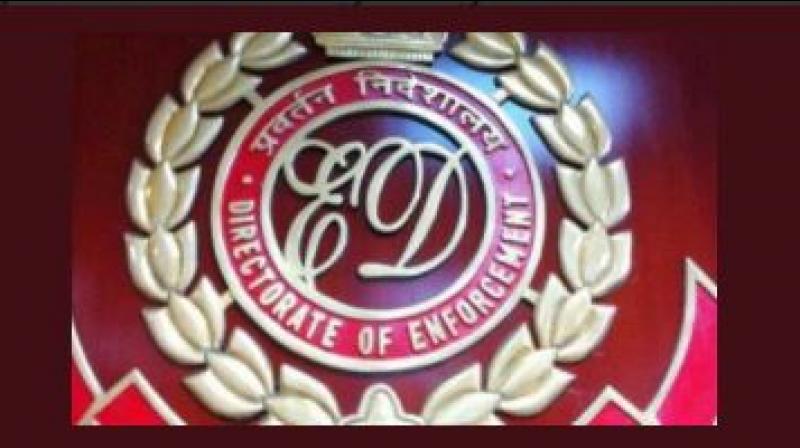 The ED case pertains to the Foreign Investment Promotion Board (FIPB) approval granted in 2006 by P Chidambaram. (Photo: ANI/Twitter)

New Delhi: The ED on Friday conducted raids in Chennai and Kolkata, including at the premises of a relative of former Finance Minister P Chidambaram, in connection with its money laundering probe in the Aircel-Maxis case, official sources said.

They said four locations in Chennai and two in Kolkata are being searched by the agency sleuths since early morning.

The action has also been conducted at the premises of one S Kailasam at Tenaympet in Chennai. Kailasam is the maternal uncle of Karti Chidambaram, the son of the former Finance Minister, the sources said.

The others being searched in the Tamil Nadu capital have been identified as S Sambamoorthy and Ramji Natarajan.

Two locations of Manoj Mohanka at Lee road and Lovelock Place are also being raided, they said.

The ED case pertains to the Foreign Investment Promotion Board (FIPB) approval granted in 2006 by P Chidambaram.

The agency had said it is investigating "the circumstances of the said FIPB approval granted by the then finance minister (P Chidambaram)".

The ED also alleged that Karti has "disposed" of a property in Gurgaon, which he had allegedly rented out to a multinational company "to whom foreign direct investment (FDI) approval had been granted in 2013".

It charged that Karti had "also closed certain bank accounts and attempted to close other bank accounts in order to frustrate the process of attachment" under the PMLA.

The agency said FIPB approval in the Aircel-Maxis FDI case was granted in March, 2006 by the then FM even though he was competent to accord approval on project proposals only up to Rs 600 crore and beyond that it required the approval of the Cabinet Committee on Economic Affairs (CCEA).

"In the instant case, the approval for FDI of 800 million USD (over Rs 3,500 crore) was sought. Hence, CCEA was competent to grant approval.

"However, approval was not obtained from CCEA," it alleged.