Navin Gupta, a young journalist working for a Hindi daily was sprayed with bullets when he came out of a public toilet, the police said. 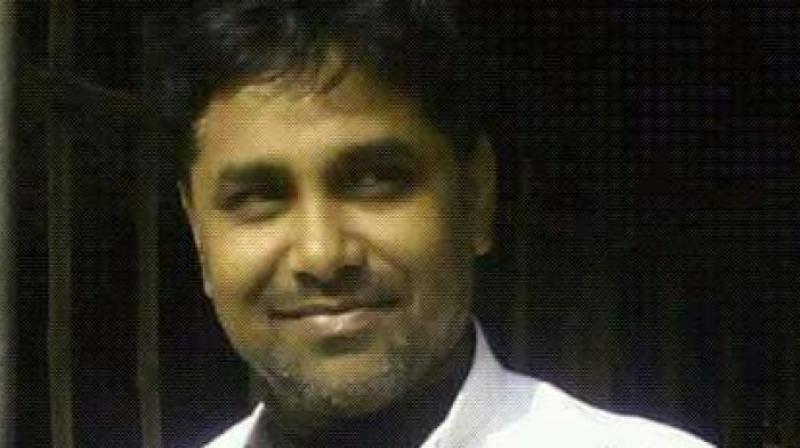 The assailants fled the scene immediately after the killing and no arrest was made till late evening. (Photo: ANI/Twitter)

Kanpur: A young journalist working for a Hindi daily was shot dead on Thursday by unidentified assailants near the Nagar Palika market in Billhaur, 60 km from Kanpur, police said.

Navin Gupta was sprayed with bullets when he came out of a public toilet, Superintendent of Police (Rural) Jai Prakash said.

Gupta, who was in his 30s, succumbed to injuries while being rushed to a hospital.

As the news of the killing spread, senior police officials rushed to the spot.

The district magistrate and senior superintendent of police rushed to the spot, he added.

Forensic experts were called to gather evidences that could be helpful in cracking the case.

The police were trying to figure out the motive behind the killing. Old enmity was one possible motive that was being looked at, officials said.

They added that an FIR would be registered once the aggrieved family submitted a written complaint.

Meanwhile, a manhunt was launched to nab the assailants, who fled the scene immediately after the killing. No arrest was, however, made till late evening.

Local mediapersons and office bearers of journalists' unions held an emergency meeting and expressed serious concern over the scribe's killing and the law and order situation.

Earlier, Uttar Pradesh-based journalist Jagendra Singh was killed in June 2015 in Shahjahanpur district allegedly for his exposes on illegal sand mining and other such activities.

He was allegedly set on fire. Singh had worked for Hindi language media for 15 years.

In October 2015, 45-year-old journalist Hemant Yadav was shot dead by motorcycle-borne gunmen in Chandauli district of Uttar Pradesh. He worked with a local news channel. In another incident, a part-time reporter of a Hindi daily in Bareilly district, Sanjay Pathak, was killed allegedly by two persons in August the same year.

Pathak, 42, was hit several times on the head with some heavy object and died of excessive bleeding.

Another journalist was attacked allegedly by the mining mafia in Chitrakoot district in 2015 while in yet another shocking incident, a journalist was dragged on the road by goons after tying him to a motor bike in Pilibhit district the same year.