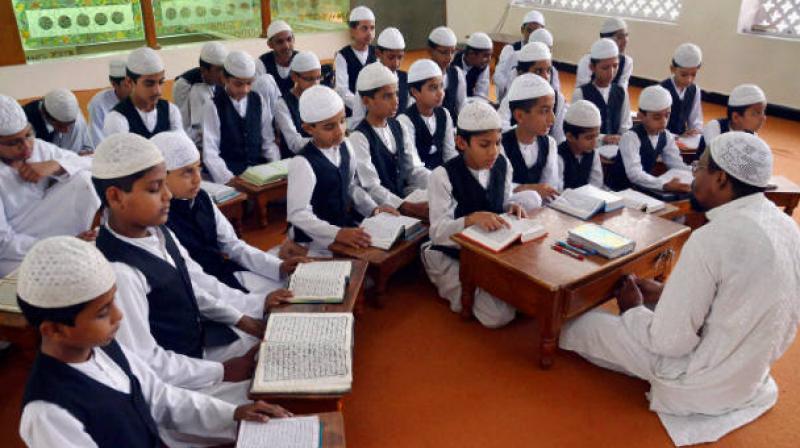 The education minister’s remarks provoked angry protests in some part of the state. (Photo: PTI)

Guwahati: In a move that triggered an angry protest from Muslim organisations and madrasa teachers associations, the Assam education department has asked all institutions, including madrasas, in the state to function normally on Friday.

“The government has no objection to students attending namaz on Friday afternoon, but madrasas should not be closed on Fridays,” he added.

“I have checked, there were no laws that allowed madrasas and other educational institutes to remain closed on Fridays. It came to the notice of the government recently,” Mr Sarma said.

The education minister’s remarks provoked angry protests in some part of the state, with the All Assam Minority Student Union (AAMSU) staging a protest at Kharupetia by burning an effigy of Mr Sarma. The protesters also blocked roads at some places.

Mr Sarma said, “Madrasas remain closed on Fridays in Pakistan and Bangladesh, not in India. In our country, Sunday is the uniform weekly off for people of all faiths. Madrasas too have to remain closed only on Sundays.”