Earlier on Sunday, Tikait also warned that the Centre they will set tents at police stations and District Magistrate's offices 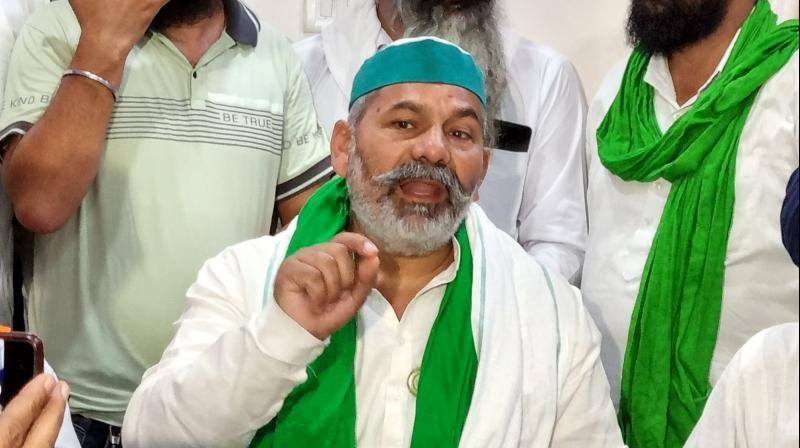 "Central Government has time till November 26, after that, from November 27 farmers from villages will reach Delhi borders from all around with tractors and strengthen the agitation at protest sites.  #FarmersProtest," Tikait said in a tweet.

Earlier on Sunday, Tikait also warned that the Centre saying that if the administration pulls down farmers' tents at protest sites, they will set tents at police stations and District Magistrate's offices.

"We have come to know that the administration is trying to pull down the tents here with the help of JCB. If they do that, the farmers will set up their tents at Police stations, DM offices," Tikait told ANI.

Delhi Police on Thursday night started removing barricades placed at the Tikri and Ghazipur borders where farmers were protesting against the Centre's three farm laws.

The stretch was shut for over 11 months ever since the farmers' agitation started and commuters have been citing inconvenience during their travelling.

Farmers have been protesting at different sites since November 26 last year against the three enacted farm laws: Farmers' Produce Trade and Commerce (Promotion and Facilitation) Act, 2020; the Farmers Empowerment and Protection) Agreement on Price Assurance and farm Services Act 2020 and the Essential Commodities (Amendment) Act, 2020.

Farmer leaders and the Centre have held several rounds of talks but the impasse remains.